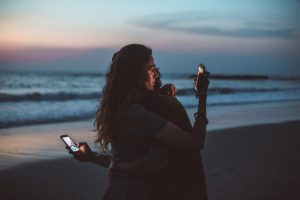 We are undergoing ruin by speed, and I’m not talking about meth, although meth in and of itself is terribly ruinous to our society. I might say, “just ask my dear and long-lost friend Richard,” but … he’s lost. Disappeared. Off the grid. Meth took him out … completely. I miss him. We used to enjoy long leisurely lunches and talk about everything.

So, what is it then? I’m talking about the sudden and increasingly accelerating speed of society’s fall into utter superficiality, a loss of depth that once could only be sustained through a slow gaze or a long think or an appropriate delay in sensitive communications like what we once accepted as normal and appropriate when people wrote newsy and heartfelt letters by hand. News stories were reports on what had actually happened, and journalists took their time to dig up and confirm the facts before writing word one. There was a dignity to the journalistic profession, and we relied on the profession’s product to first grasp and then think about what was happening in our world.

Of course, people were more relaxed and cordial back in the day; the day before someone put a large piece of lead on our world’s accelerator. I think his name is Mark Zuckerberg.

Nowadays we have news cycles. The essence of the news game is to frequently release shallow story replacements in order to sustain a societal state of distractedness; a calculated and injurious inability forced upon us by our own conditioned perception that we lack the time to dig into things a little more … fomenting an extraordinary level of anxiety that drives us back to the poisoned well for something that will calm our nerves and allay our fears; but as we do, we end up worse off.

The new rhythms grieve me. It seems as if we’re being trained to not pay attention, to eat junk food news and believe it’s good and right for us, and to rush to the next big topic that will put us “in the know” or on “the right side of history” or give us new ways of butchering a language that once allowed us to co-exist, connect, and develop deep and abiding interpersonal relationships. Now our words … our entire language!, is being torn asunder and thrown back together in an unrecognizable form aimed at driving division, confusion, hatred, judgment, violence, and death. The enemy, who comes to steal, kill and destroy; is out and on the move, dressed in full regalia without apology.

This is my complaint; a complaint I’ve had for quite some time. Yes, you’ve read my rants before, but now there is a consequence that I cannot simply shake my head about while topping it off with a heavy sigh.

We are losing our country. We are losing who we have always been. We are losing the once-ingrained and insatiable appetite for freedom the early settlers and founders of this country brought with them when they fled their tyrannical overlords abroad to find a new land and start something new … something better. Something that was rooted in a profound and studied understanding of human nature, our mysterious connection to the Divine, and the soul’s need to run like a stallion through the inter-recesses of our innate drive toward purpose, potential, love, and victory. We are losing who we are as a life-loving, humanity respecting, values-driven, and rock-solid stable country of a thoughtful and close-knit people.

All of this drama … so much manufactured drama. The enemy’s work is obvious, but not to everyone. And we are distracted. 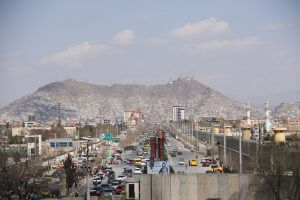 Meanwhile, in Afghanistan, people who have lived in a mostly westernized and freer society (much like ours … er … was) for the past twenty years, many of whom have known nothing different, now suddenly face … every day … the real risk of violent injury and death. They are hunted, tortured, beheaded, deprived of access to their own financial resources, forced to hide in safe houses, or worse yet, driven to repeatedly pick up and move under cover of darkness to avoid their hunters.  They are having babies they cannot feed, shivering in the cold of their darkened homes, and struggling to keep their minds clear and their thoughts rational as they wake up each morning searching for some sign that they will be rescued. After all, the United States had made a commitment to them; that they would not be left behind. Like always. They knew the United States was trustworthy. The United States always operates with honor, high values rooted in integrity, is absolutely dependable, and compassionate. The United States stands up in the face of evil and serves as the great liberator of those who are oppressed, abused, and disenfranchised.

Oh … was that yesterday?

And what about today? Today we have doubts, even promote doubts, about the greatness of this country. Doubts that have been introduced by fantastical notions aimed at reading fantasy into reality and creating new methodologies, ideologies, and language requirements. All for a reason … to keep us confused, on guard, and distracted so that we don’t notice things like … Afghanistan, the greatest embarrassment of this country in my lifetime. We are now completely self-absorbed by our internal conflicts, and I fear we are being pulled into the vortex of self-destruction, with no one standing in the gap. No one to plug the drain that pulls us deeper into darkness.

It seems that protecting the reputation and pride of the elite in office has become more important than holding fast to an honorable courage, and exercising it with strength and confidence in the face of menacing threats. We owe it to those who came before us, and we certainly owe it to the Afghan’s, the innocents, who write to me every day asking if their case has made any progress while personally wishing me well, sending me their respects, and telling me that they are praying for me. I go through a lot of tissues.

Here is an excerpt from a newsletter our group sent out yesterday.

Afghanistan remains closed to the outside world, and access to surrounding “lily pads” is difficult due to a lack of cooperation from the Dept. of State. It seems that the DOS is working against any efforts that might be telling about the reality on the ground in Afghanistan. Although Afghanistan as a news cycle topic rose to greater visibility in the past two weeks, most of the recent efforts are focused on humanitarian aid and safe house operations. Planes are still in short supply with only a few flights anticipated in the near term. We are hopeful that we will not experience yet another disappointment with a last-minute collapse of commitments.

The TB continue to commit atrocities as they hunt down and torture people on their hit lists. The situation is dire for the 32,000 people left behind who, in addition to the frequent incidents of torture, are facing starvation as a severe winter season exacerbates the circumstances of joblessness, limited access to funds, difficulty finding food, and the constant fear of being injured or killed if they dare leave their homes. Many of the heads of household who were allies of the U.S. are being hunted, forcing the families to remain “on the move” to avoid detection.

Please help us. There are dozens of “evac” organizations that are committed to doing the right thing, and working through the long process of redemption for the reputation of the United States in the world.  The news cycle does not serve us well, but with great people like John Ondrasik of Five for Fighting working to raise awareness, we are holding on to hope that we can keep our commitment to the thousands of allies whose hearts we broke on August 31, 2021. Our hearts are broken too, and we could use some encouragement from our countrymen and countrywomen.

This is the first of what I hope will be a series of posts about our efforts in Afghanistan.  Thank you for taking the time to read this. I appreciate that you didn’t let something distract you.