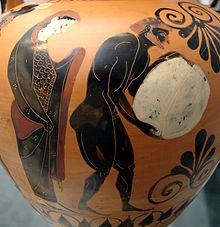 There are many of us who encourage people to keep fighting those on the Left with all our might. And there are those who simply are living their lives quietly and not paying a whole lot of attention to current events. And finally, there are those who say fighting back, at this point, is a hopeless effort. So here’s the elephant in the room:

Should we just give up?

I have no problem with people who think fighting back is going to be extremely difficult and it could literally take years to take our country back. And there’s not much I can do with those people who make-believe that everything is fine and refuse to engage because it’s just so hard. But I ask those of you who write as if there is no chance of our defeating the Left eventually—what are we supposed to do?

I guess I just refuse to resign myself to a gloomy and tyrannical future. Maybe I am Sisyphus, pushing the rock every day, chained to a dismal struggle.

But I am asking a most sincere question of those of you who think it’s too late or impossible to take our country back.

Are you literally giving up? Do you think everyone should stop trying to restore our democratic republic?