There was a well-attended rally on the Washington DC mall against the vaccine mandates this weekend. It featured a nice lineup of speakers, including Dr. Robert Malone, inventor of the mRNA vaccine technology, with the wonderful comedian JP Sears as MC for the event.

Of course, the scant media coverage is desperately trying to call it simply “anti-vax,” which is disappointing but not surprising. A feature for many speakers was the need for freedom in the face of risk, transparency, honest debate, and a commitment to truth, tolerance, and love for people.

I wonder – will we ever again see a press or an online world open to fair debate, honest reporting and dedicated to discerning truth? 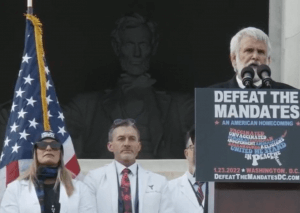 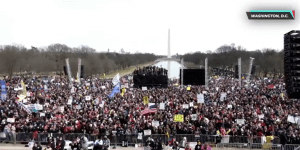