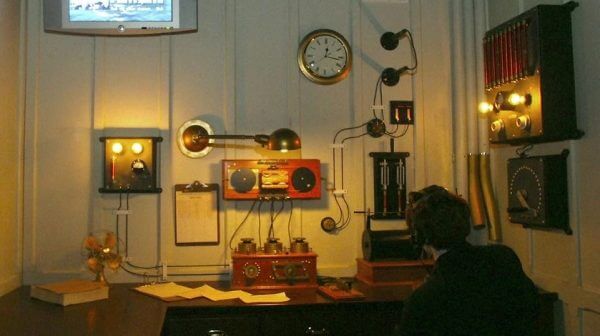 110 years ago Saturday, people were reeling from the terrible news of the sinking of R.M.S. Titanic.  The doomed luxury liner, thought to be “unsinkable,” was the pinnacle of luxury, comfort, and technology.  Titanic‘s innovations were many; shipbuilders Harland & Wolff embraced a host of new ideas like the new “Marconi wireless” technology.  They saw to it that Titanic‘s radio room was outfitted with the very latest equipment and most experienced operators.  Wireless telegraphy would play a key role at every stage of the sinking of Titanic, including the rescue.  And it is entirely possible that without the wireless, there would have been no survivors at all. 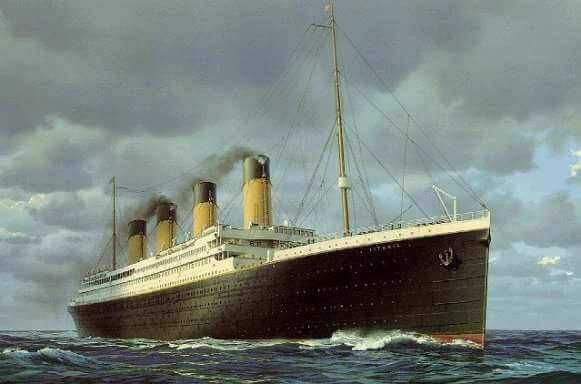 The sinking of Titanic was the first real global media event.  In hours, the shocking news had traveled around the world.  But there is really only one first-hand, real-time account of what happened that night: The collection of wireless messages sent between Titanic and those who frantically tried to organize a rescue.  Meticulously logged, the wireless messages between Titanic, other vessels, and shore give us an as-it-happened record of that fateful night.

In tonight’s two-part program, which first aired on BBC Radio on April 15, 2012, the 100th anniversary of the sinking, the original dots-and-dashes of those Morse-code messages have been brought to life with 21st-century speech synthesizers.  Tonight, it’s the sinking of Titanic, before, during, and after, as told by the haunting, chilling messages left behind…

“Titanic: In Her Own Words”  Part I

“Titanic: In Her Own Words”  Part II 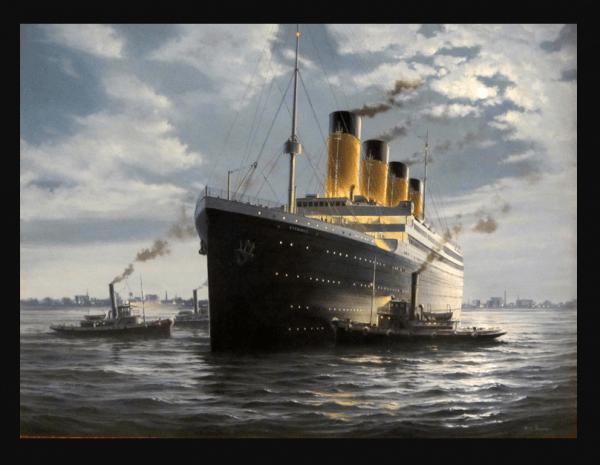 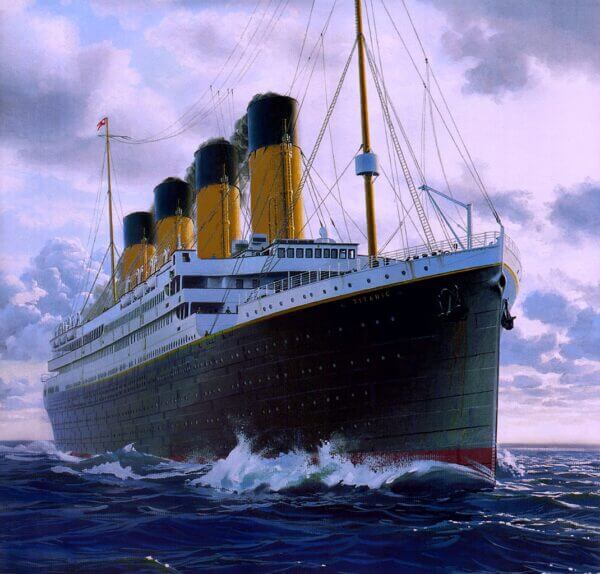 The photo below is believed to be the last photo of Titanic afloat: 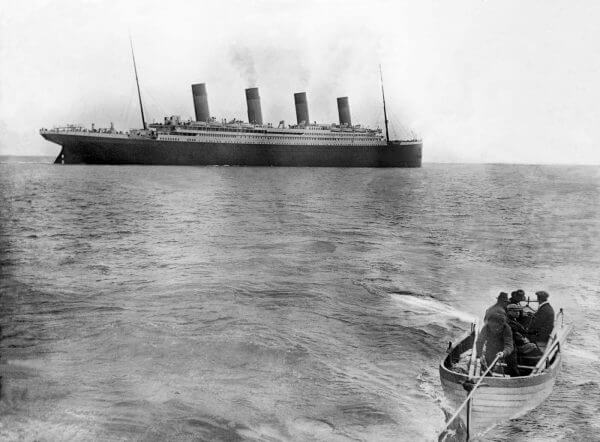 So let’s end on an up-note. (How’s that for a segue?) For that, we turn to the brilliant satirists at The Onion:

New York, April 15 — Officials of the White Star Line have confirmed the sinking, during her maiden voyage, of the R.M.S. Titanic, the world’s largest symbol of man’s mortality and vulnerability.

First reports of the calamity were received Monday at the London telegraph office of the White Star Line, which owns the nautical archetype.

Message from the Carpathia

At 4:23 a.m. Greenwich Standard Time, the following message was received from the rescue ship Carpathia:

It is believed at this time that upwards of 1,500 passengers aboard the metaphor may have perished in the imperturbable liquid immensity that, irrespective of mankind’s congratulatory “progress,” blankets most of the globe in its awful dark silence. Seven hundred more passengers survived to objectify human insignificance in the face of the colossal placidity of the universe.

Among the prominent passengers ironically missing and believed perished are New York millionaire John Jacob Astor, mining tycoon Benjamin Guggenheim, railroad president Charles Melville Hays, and presidential military aide Major Archibald Butt, providing further example of man’s inability to cavort with God, no matter how wealthy or powerful he may be, as well as the vast indifference of the universe toward even the grandest of human achievement. Late word indicates, however, that the well-to-do and the privileged constitute a great majority of the living. It could not yet be determined whether this betokens a form of maritime social Darwinism or a particularly overt form of social injustice.

Although unconfirmed as of press-time, it is rumored that the Titanic was proceeding at a rapid pace through ice-berg-laden waters in order that her captain might flaunt the ship’s great speed, making all the more ironic the demise of this paramount symbol of man’s hubris.

An architect from the firm of Harland & Wolff, which constructed the great metaphor, was stunned and aggrieved by the significance of the tragic event.

“I spent the better part of two years re-drawing the marble on the grand staircase at the first-class entrance until it represented absolutely the right dimensions for showing off the daintily luxurious evening wear of the wives of the industrial millionaires. Now that staircase will provide an entrance only for the plankton, moss, and other marine life that inhabits the frigid North Atlantic seabed. I dare say that is ironic.”

“Let us take a step back from the horror of the tragedy,” said Lord Peter Hothcrofte, a British naval historian, “and view it in terms of its grander significance. Simply put, the Titanic was more than a gigantic crystallization of the accumulated triumphs of 200 years of Western industrialization wedded to the firm but icy hand of Science triumphant. It was a ship larger than any ship need be, which therefore also make it somewhat of a hyperbole.”