Most people know that HR 1 creates enormous new opportunities for Democratic urban machines to cheat.  But even more horrific is that the legislation would also make it almost impossible to challenge even absurdly obvious bogus registrations.  In essence, the bill outlaws investigating and reporting cheating if done by private citizens.

A massive dump of late bogus registrations cannot be challenged without “personal knowledge.” Systematic research by a team of non-government parties that conclusively proves a registered voter has moved and registered in another state or is deceased that cannot otherwise be supported by a sworn affidavit of “personal knowledge” cannot be accepted and acted upon by authorities.  And the accuser can be fined or jailed if the accusation cannot be verified under the revised rules.

Yes, but do you have direct personal knowledge that Bozo D. Clown, Napoleon Bonaparte, Seymour Butz, and I.B. Peeing do NOT actually reside at 123 Maple?

Unless the state or local election agency itself has both the resources and inclination to investigate a tide of largely bogus last-minute registrations, they would stand.  Post-election cleansing of the voter rolls (a) would not undo the results of the prior election nor (b) prevent a repeat in the following election.  HR 1 is designed to allow Democrats to manufacture enough votes to win jurisdictions that might otherwise be close or go against them.  A repeat of the 2016 election (or something like the Senate election outcomes of 1980) would become impossible.  The margin of fraud that a GOP candidate must overcome would instantly be vastly higher.

That the Democrats would happily wreck the Senate to achieve that state of affairs is who they are.  Unless the GOP sweeps in 2022 into veto-proof majorities, HR 1 would govern elections through 2024.

Democrats in Milwaukee and Philadelphia are already pretty brazen. With mail-ins, harvesting, and barriers against outside investigation, “turnout” could double, even in precincts that already routinely hit or exceed 100%. 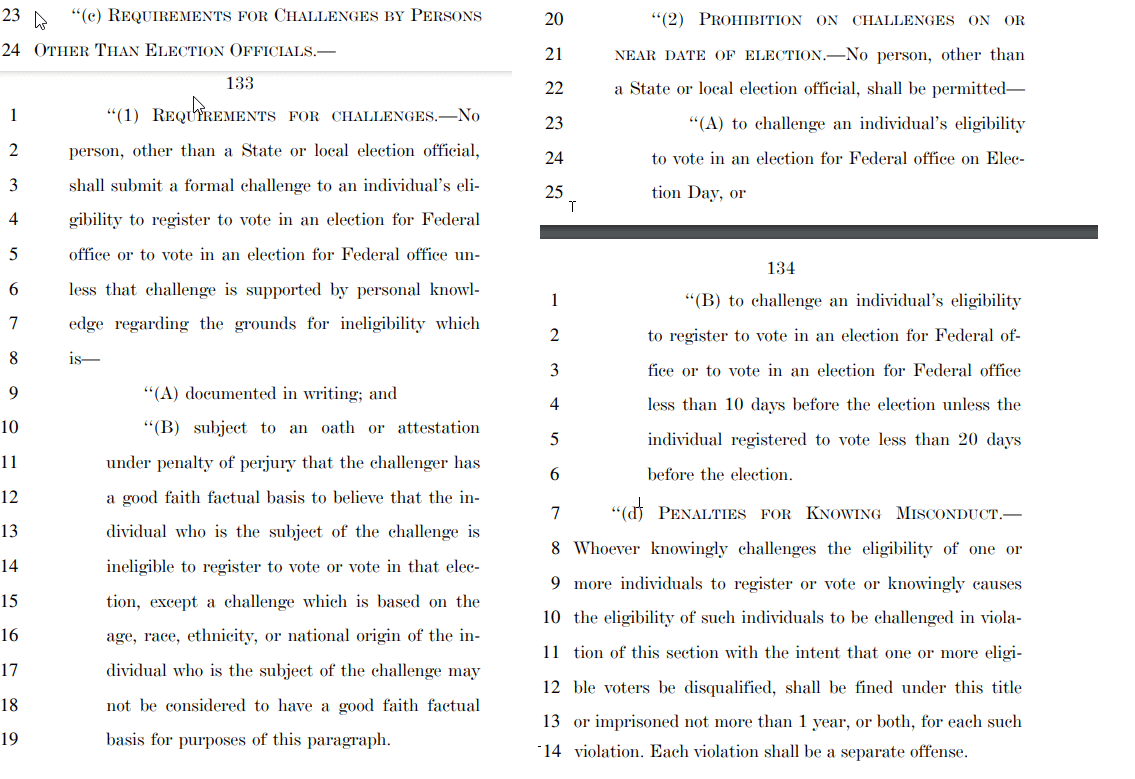