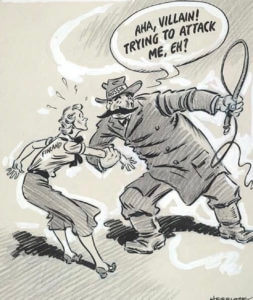 This post’s title corrects the misleading headline on Roll Call, “Senate Democrats back Biden, reject Cruz’s Nord Stream sanctions bill.” To be perfectly clear, the Democrat(ic Socialists) have backed Moscow except for a brief interlude from Truman’s through LBJ’s presidency. The play-acting for the past five years was a cynical sham. The Democrats are green-lighting Putin taking control of at least Ukraine by force or threat of force, cynically pretending to support an after-the-fact set of sanctions not worth the paper or the global warming gasses emitted on the Senate floor.

See Power Line, “The Russian Bear, On the March” for an annotated summary of links. Directly, Sweden is very concerned about Putin’s larger intentions in the region, sending troops to a strategic island:

The move came after three Russian landing ships sailed into the Baltic Sea through the Great Belt Strait in Denmark this week, and amid increased tensions between Russia and NATO.

Sweden, which has not been to war in two centuries, reintroduced mandatory military service in 2017 and reopened its garrison on Gotland in January 2018 amid concerns about Russian intentions in Europe. [emphasis added]

Of course, we are told that Russia is really the injured, threatened party. This narrative is not new, captured in the classic cartoon from the Winter War of 1939-40. That war started with a fake provocation created by Russian special forces against other Russian forces. It was justified by Stalin’s claim that Finland had been part of imperial Russia for about a century. Now we hear of a new false flag operation being planned by Putin, who longs to restore the empire Stalin ruled. 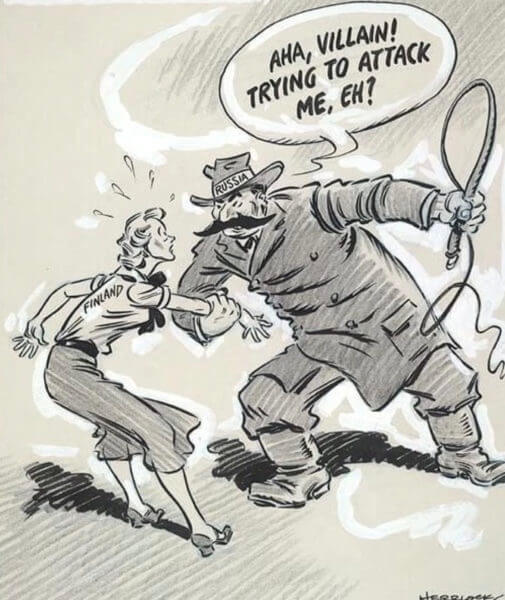