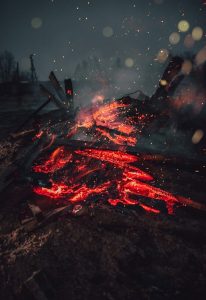 No matter how fruitless the effort, I am plagued with a debilitating habit that I just can’t seem to shake: I’ve spent an inordinate amount of time trying to figure out, beyond the ideology, what people on the Left are actually thinking or what they believe, for them to continue to invest their time and efforts in foolish and dangerous ideas. Every now and then I have some openings in my thought process that allow me to venture into the dark recesses of the minds of the Left. I want to test out my thinking on all of you.

Since it’s difficult to make meaningful generalizations about the countless errors that the Left and particularly the Biden administration have made, I decided to focus primarily on the following areas: border administration (or lack thereof); policy toward China (or the lack thereof); policy on the economy (or the lack thereof) wait a minute, am I repeating myself? Regardless, our negotiating with Iran on the nuclear deal, and finally the mess of managing Covid give us plenty to focus on. I think it’s possible to infer similarities in thinking (or non-thinking, if you prefer) regarding these five areas that would explain how inept and feckless their efforts have been.

Elitism/Arrogance—More than ever, the Left relies on its belief in its own superiority. Whether these people point to their college degrees, affirmations of each other in their enclaves or just their own narcissism, they believe that they are best suited to run this country. Since their actions are driven by their elitist ideology, e.g., Marxism, socialism, wealth accumulation, and social circles, anyone who doesn’t embrace or live within those bubbles is clearly inferior and unqualified to contribute. It is possible to join this cadre, but you must begin by lauding the ideology first, then checking off all the other Leftist boxes.

Idealism/Naivete—These two attributes tend to feed on each other. The Left clings tightly to its ideals, and its naivete about the nature of real life and living as a productive member of society allows it to maintain its idealism. As it continues to live in its bubbles well into adulthood, seeking out others who are as idealistic and naïve as it is,  it never encounters the middle class, which often struggles to make ends make; the Left insists that the struggles of “ordinary folk” are caused by Conservatives who have evil goals to quash those who live outside the Left’s elite circles. The ills of society, which are often the outcome of ordinary struggles to survive and thrive, can all be blamed on the capitalistic forces. Once those forces are controlled, or better yet eliminated, everyone will be equal. But of course, some people will be more equal than others; the elite will need to have the power to create and replicate this equality.

Faux Compassion—Although the Left has always claimed to be compassionate, the truth has been leaking out that it could care less about anyone who isn’t part of its in-group. Lately, it has been faced with the inconvenient truth that people are discovering how deluded it is: providing government funding that strips people of their work ethic; thinking people will accept vaccine mandates because it’s for their own good and the good of others; shutting down businesses while it destroys local economies; claiming compassion for those who cross the southern border, promising to provide funding and ignoring Covid infections; allowing drug deaths to skyrocket as fentanyl is carried across the border by cartels. The list is quite long, but the truth is emerging. The Left doesn’t care about anyone except its own agenda and its partners in crime.

Diplomacy vs. Demands—The Left wants everyone to believe that due to its elite expertise, it can finesse diplomatic activities it is involved with. The diplomats went into the latest Iran negotiations thinking that if they made their best offer, the Iranians would be so impressed that they’d simply agree and the negotiations could be wrapped up; the Iranians insisted, however, on further negotiations. I suspect that our elites are prepared to “give away the store” to finish up the Iran deal. We also see the feckless threats made to Russia and China, who are not in the least intimidated by our threats. And of course, our insistence that people should stop crossing the southern border is a farce. I suspect the Left believes that implementing penalties against our enemies is uncouth and will hurt people’s feelings. In addition, it is afraid to make demands because some of us will expect them to follow through, and that could hurt the Left politically when it doesn’t.

Analysis/Action/Paralysis—I’m convinced that since the Left relies on feelings and instincts, even serious decisions don’t undergo any kind of legitimate analysis. One only needs to look at the debacle in Afghanistan: if your “feelings” tell you that you must get out, then it’s important to take action, regardless of the potential outcomes. The alternative to action is paralysis—doing nothing because it just seems too difficult to do—and hope that no one notices.

All of these attributes are part of the Leftist mentality and have been for over 100 years. I guess we can at least say that it is consistent in its ineptitude.

Given this analysis, I see no reason for the Left to wake up to the limitations of its ideology, or to take corrective action. These ideologues are headed for the abyss, and either refuse to acknowledge the potential disasters ahead, or simply ignore them. And they are prepared to take all of us with them.

To them, reality is relative and malleable; they will try to reshape impending disasters as opportunities. And since their reality is focused on attaining the ultimate good, which can either be described as the Global Reset or the transformation of America, power is key. They will risk nearly everything to hold onto it.

I’ve always maintained optimism in the face of these calamities; we do see pockets of the country fighting back against mandates, critical race theory, and the lack of a border policy.

But will it be enough?