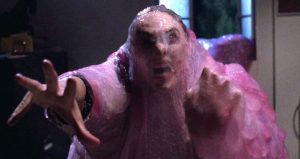 Today, it is clear Sen. Ted Cruz decided he is running for president. He thought that by showing up to this Jan. 6 shammitte and calling what happened a terrorist attack, it would boost his chances. This kind of idiot miscalculation shows he is clearly a graduate of the Ivy League. This level of miscalculation betrays that Cruz is nothing but a worthless, sleazy politician with a presentation that is as unnerving as 911 phone call recordings. He doesn’t care about the base, and this has been clear from so many leaders of the Republican Party. Look at Rep. Dan Crenshaw. He was pushing a bill the other day that is nothing but giveaways to big tech. He fights for them and not the base that is perennially abused by these trash companies. Crenshaw is nothing more than Sen. Lindsey Graham with an eye patch.

They did not recover so much as a plastic butter knife from that so called “insurrection.” Former President Donald Trump offered to shore up the National Guard and the Capitol Police, and the mayors of the District of Columbia both said no! Why are we pretending this was a terrorist attack? Then there is this.

We have known for a long time that there was no coordination. It was an uncoordinated terrorist attack? How does that work? A bunch of random people from all over the country all decided individually they would do acts of terror with no weapons to achieve their shared political objective. This is why former President Barack Obama was so intent on keeping the 2012 Benghazi attack a spontaneous demonstration. You see, Democrats get to call rockets launched at our embassy by Al Qaeda and U.S. Navy SEALs and an ambassador murdered “spontaneous demonstrations.” A bunch of terrorists were randomly walking with rocket launchers near our embassy on the totally random date of 9/11 and murdered our personnel. Spontaneous demonstration! A bunch of people wandered around the capital for a couple hours and didn’t bring so much as a water pistol with no coordinated premeditation. Terrorist attack!

Why isn’t the paragraph above the line endlessly repeated by the GOP? Why doesn’t the GOP endlessly call President Joe Biden and Vice President Kamala Harris terrorist enablers and co-conspirators for fighting to get the Black Lives Matter and Antifa losers who burned down cities, looted, and killed bail? Our cities being burned down caused far more damage to our nation by every measure than a guy putting some mud flakes kicked off from his sneakers on top of Rep. Nancy Pelosi’s desk.

And why are the Democrats doing this? Why are they trying to sell Jan. 6 way past its expiration date as an issue anyone cares about? Because they have no agenda. They have no president. They have no accomplishments. They have nothing! So, they are running on if you vote for the GOP, you are a terrorist like the terrorists who caused Jan. 6. That is the only reason the Democrats are milking this until election day. And what does Cruz do? Yeah, it was a terrorist attack. I sound sober and reasonable, independents! Vote for me! No thanks. And the only reason we have to put up with this nonsense is because of the GOP and politicians like Cruz.

Imagine if we had a real party that was investigating Democratic National Committee involvement in the riots. Imagine if we had a real party that was not interested in letting Democrats get away with calling Al Qaeda launching a rocket and murdering one of our top representatives a spontaneous demonstration but Grandma Jo a terrorist! It would be a much different situation. Where are the state GOP reps launching committee investigations into DNC participation in and incitement regarding their cities in their states being burned down? Why aren’t the media’s texts being subpoenaed during those dog days of summer by state committees? Let us get a look at what real incitement looks like leading up to election day. Let us get a gander at what real coordination looks like in order to drive a left-wing narrative on TV about Trump.

We put up with all the indignity of the Democrats because we have a party that routinely will never punch back and punch back hard. The Democrats would not dare pull this kind of crap if they knew they would get it back tenfold. They do know they will get guys like Cruz who will fan the flames of their narrative and give them legitimacy to keep their strategy going as best they can. What they should get is committee investigations launched against the DNC in every GOP-controlled chamber where there was a hint of rioting or political violence in the name of left-wing causes. But the DNC will never get that as retaliation. They know it. And so we the base have to put up with all of it. I am a Texan, and I will never vote for Ted Cruz ever again.