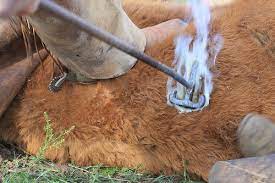 A few weeks ago, the media claimed “Let’s Go Brandon” was a vulgar slur, an un-American defiling of the flag, apple pie, and the Commander-in-Chief. Now they pretend the LGB slogan is a dog-whistle for insurrection. Really!?

Why can’t they get it right!? I mean, “Let’s Go Brandon” is a rip on the media. Sure, the crowd was chanting, “F-bomb Joe Biden!” As soon as NBC’s Kelli Stavast reformulated the now-famous political jab into “Let’s Go Brandon”, it was born. Yet the media won’t take credit for it. It’s their baby!

When Trump was campaigning in 2016 and said, “Russia, if you’re listening, I hope you’re able to find the 30,000 emails that are missing, I think you will probably be rewarded mightily by our press,” he was completely busting on the media as much as on Hillary Clinton. He was mocking their bias, unprofessionalism, and incompetence. But they dodged the slight by going right to the Russia scapegoat and never discussing their own possible complicity.

But the funniest slam on the media, pun intended, was the Trump-CNN wrestling video where Trump is beating up the CNN logo. CNN’s take was not to shake it off with a chuckle and then move on. No, they made it out to be an attack on the 1st Amendment, Constitution, and Declaration all rolled into one. Humorless.

If the media could laugh at its self once in a while, maybe late-night TV would be funny.