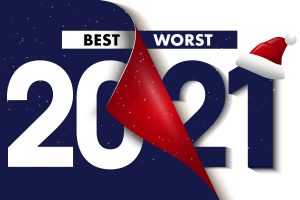 A lot of websites and podcasts are sharing their year-end lists and I thought Ricochet members should have their own. Here are the categories; you can share your picks in the comments below. (Mine will be in the comments as well since I’m more interested in your choices than mine.) You can interpret these categories any way you see fit. Happy list-making!