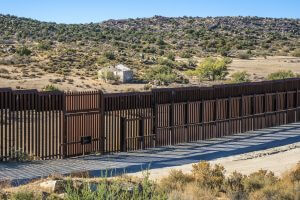 When the topic of border security comes up, the conversation is never about our northern neighbors, or the fish on the east or west. No, it’s always one particular problem spot. A 3,111 km line that separates us from our southern neighbor, Mexico. Whether it’s explicitly stated or not, everyone knows that Mexico is who we’re talking about when we debate border policy.

Now, not all immigration from Mexico is from Mexicans. A relatively recent example of this would be Haiti, where Haitians fleeing their country’s current strife used the Mexican border to illegally enter the United States. Mexico serves a similar role as a launching pad for countries like Guatemala and Honduras. Which does not follow international protocol for claiming asylum. You are supposed to claim asylum in the first country you enter. So yes, this is true, Mexicans are not the sole problem at our southern border. But there’s still an awful lot of Mexicans immigrating to the States. Approximately 6.6 million Mexicans reside here illegally based on 2017 statistics. For perspective, Mexico is a country of approximately 130 million.

All countries have border security. All countries have an immigration policy. Anyone arguing otherwise or thinking the United States should be an exception is foolish. We do have immigration policies in place, unfortunately we’re not very good about enforcing them. But this topic isn’t about the crime that comes with illegal immigration, or the drugs, or human trafficking, or any of the problems you’ve heard on the news a thousand times. No, this is about how immigration, legal or illegal, hurts Mexico.

Mexico could be one of the greatest nations on Earth. It has agriculture, it has industry, it even has relatively low taxes. Mexico also has a $2.4 trillion economy, the 11th largest in the world. That’s nothing to sneeze at, but imagine if it were better? On paper, Mexico is a perfect country. The only thing stopping Mexico from being top-tier is corruption. Massive, massive corruption. Anyone who is only familiar with Mexico via their spring break alcohol binge knows nothing about the true state of Mexican life. Real income inequality, not the income inequality that champagne socialists complain about here. In Mexico, it isn’t uncommon to encounter someone who is literally living on dirt, whose neighbor has 500 armed security guards around their gated mansion and makes more money in one week than I will in my entire life.

The Mexican government is massively corrupt. Drug dealers and human traffickers are basically an armed wing of the Mexican government. In many ways, the cartels are the government, and they have a vested interest in keeping their people destitute. It is not safe in Mexico. Sure, there are places to live that are as safe as the U.S., but it is also not uncommon to be forced to pay a police officer to gain entry to another city. Or for any reason, really. Bribing officers is common policy in Mexico. It is also not uncommon to be caught in the crossfire between rival drug lords. All of this is protected and encouraged by the corrupt Mexican government. It is not a great place to live for the vast majority of their population, and it’s easy to see why so many would rather be here.

Coyotes and drug dealers do gain financial benefits from being so close to their government, and from our lack of border security. But they also prosper from an unseen benefit: the threat of political revolution. The millions of young Mexican fighting-age men that flee, legally or illegally, into our country are potential liberators and revolutionaries. Every time things get a little too hot with the drug cartels, the potential to overthrow and reform the corrupt government moves closer to reality. But that will never happen if we keep giving those potential 1776’ers a back door escape plan. Think of it as a pressure valve: things get too hot in Mexico, we release the pressure valve and all of that heat escapes. They come here, Mexico’s problems get worse, keep repeating ad nauseam. We are helping ensure that Mexico stays corrupt forever. If we kept the lid on the pressure valve, the cartels and corrupt politicians would face the political, or physical, consequences for their tyranny. That is the harsh reality that nobody is willing to talk about. We’re a nanny to other countries as well, namely Afghanistan. Everyone remembers the pictures of hundreds of Afghanis crowded on planes to escape their current situation and find refuge in the United States. What don’t you see in those pictures? 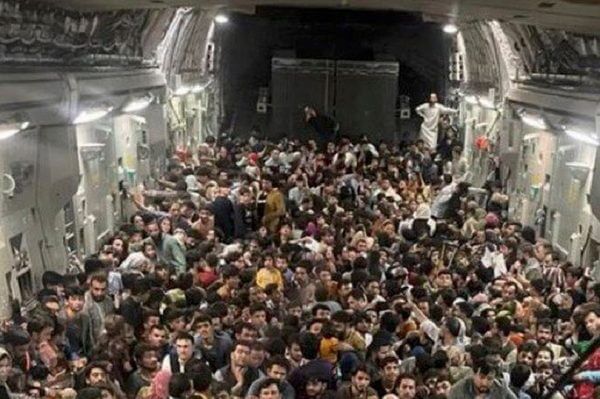 Women and children. These are almost exclusively men, and I don’t see too many grey heads of hair. In Mexico’s case, immigrants are more likely to be men. Young, fighting-age men cannot be refugees. It is up to young, fighting-age men to affect political change or revolution. The Afghanistan problem and the Mexico problem are identical. Like Mexico, Afghanistan will never become a better country if we keep releasing the pressure valve. While the Graveyard of Empires does have a tough geographical position with some nasty neighbors, Mexico is in a perfect spot. Looking at this through solely a geopolitics lens, how much would you bet that Poland would switch geographic places with Mexico in a heartbeat? Or Israel? Or any of the Balkan states? Despite the problems we have with Mexico, the United States is a friendly neighbor to the north. Fish on both sides. And while several Central American countries cause problems for Mexico, none of them pose a serious military threat. If this was one big strategy game and you had first pick on the map, you could do much worse than picking Mexico. There is no reason why Mexico cannot become a great nation.

Which is why it is so frustrating when this issue becomes simplified by left/right idealogues. There may be honest leftists out there who truly do believe we have a role to “help the world,” however their thinking is too limited to go further than a single-factor analysis and they cannot comprehend the unseen costs and consequences. Having no restrictions on border policy and accepting everyone under the sun does nothing to help Mexico. It drains them of intellectual capital and potential political reform (the “pressure valve”). And refusing immigration due to right-wing identity nationalism also does nothing to help anyone. We want the best and brightest to come here and advance our own country. And it is funny that the old right-wing characterization of the lazy, sleepy Mexican has been completely turned upside-down. The stereotype is now the Mexican that has insane hustle and will outwork anyone for less. Hey, give me one of those guys any day of the week over the whiny millennial who can’t get my order right and needs to take the day off to handle “anxiety issues.” Attacking this problem through a race lens is also wrong and solves nothing.

So next time this political hot potato comes up, remember that the first response shouldn’t be walls, or drugs, or coyotes, or giving opportunity, or helping the poor, or any of that. It should be about wanting what is best for Mexico. We should all want Mexico to be a great nation. It has a unique culture, it has an incredible history, it has beautiful landmarks, and all of the ingredients to become a major success. I want Mexico to be great and that is why oppose mass migration.