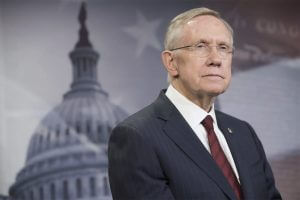 Reid served as a US Senator from Nevada for 30 years, retiring in 2017. He led the Senate Democrats from 2005 until his retirement and was the Majority Leader from 2007 to 2015.

Prior to that, Reid was a city attorney for Henderson, NV, a member of the Nevada State Assembly, Lieutenant Governor, and Chairman of the Gaming Commission. Before being elected to the Senate, he represented Nevada’s 1st District in the US House for two terms.

Reid had long been a thorn in the side for Republicans, famous for bare-knuckle politics beneath a mild-mannered demeanor. He is survived by his wife, Landra Gould, and their five children.