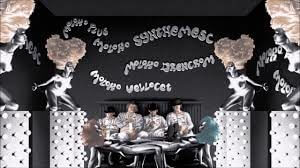 Even half a century on, Stanley Kubrick’s A Clockwork Orange is still one of the darkest and most haunting of dystopian films about the near future. A bitter satire on the inability of judgment-free modern society to deal seriously with violent crime, it premiered in New York City fifty years ago this week, on December 19, 1971. As a student writer at NYU, I was able to see it a week early at a press and critics screening at the Cinema 1 Theater. Getting there that night was no joy; riding the graffiti’d-up Lexington Ave. subway, and watching your back on the dark, crime-ridden winter streets of Manhattan. It was a good prologue for seeing the film.

A month into its release, Malcolm McDowell gave an interview to The New York Times: “Liberals, they hate Clockwork because they’re dreamers and it shows them realities, shows ‘em not tomorrow but now. Cringe, don’t they, when faced with the bloody truth?”

The Times journalist asks about the effects of movie violence. McDowell drily noted that New York had 88 rapes a day. “I hate violence, but it is a fact, the human condition…Movies don’t alter the world, they pose questions and warnings. The Clockwork violence is stylized, surreal. Kubrick uses it only to warn us.”

That is the case for the defense: A Clockwork Orange, for all of its shocking imagery, is a sobering lesson about free will, humanity’s inability to overcome its worst impulses, and the evils of scientific attempts to control the mind. That was the stated intention of novelist Anthony Burgess.

In 1971, liberal discourse about juvenile delinquency still hadn’t (and still hasn’t) moved much past the platitudes that even staunch progressives Leonard Bernstein and Stephen Sondheim satirized in “Officer Krupke”—The kids were depraved because they were deprived. But Kubrick knew better. He quoted Robert Ardrey in “African Genesis”: “The idealistic American is an environmentalist who accepts the doctrine of man’s innate nobility and looks chiefly to economic causes for the source of human woe. And so now, at the peak of the American triumph over that ancient enemy, want, he finds himself harassed by racial conflict of increasing bitterness, harrowed by juvenile delinquency probing championship heights.”

Kubrick was the son of a neighborhood doctor, an amateur photographer who turned pro when he was seventeen, a kid who ventured into the wide, wilder world of Greenwich Village and other areas of Manhattan. After he’d become famous and successful, the unprecedented crime wave of the Sixties drove him and his family from New York; it was largely fear of urban violence that brought him to the quiet countryside of the north of London, then and now the world’s second-most important center for making films in English.

A Clockwork Orange was made and released in a strange era not unlike our own, with new forms of cultural extremism. Before there was a formal women’s movement, there was already a growing backlash to what was becoming non-stop hyper-sexualization of women in magazines, movies, and other media. It created a new term—sexism–that first came into use in this period.

This is where the film crossed a then-nearly-invisible tripwire that would affect its reputation over time. Was it a bitter critique of a sex-obsessed but loveless world, or a well-crafted example of it? Stanley Kubrick’s deliberately shocking opening shot of bar tables and drugged-milk dispensers molded into the images of naked women, not to mention the notoriety of what is probably the most famous home invasion scene in movie history, were unlikely to ever make it a female-friendly favorite, but in its time, audiences and readers of both sexes were receptive to what Kubrick said in its defense, that he didn’t depict that world because he approved of it, let alone gloried in it, but because if men’s appetites for sex and violence are totally unrestrained, this is where we’re going to end up someday soon.

The 50th anniversary of a famous film is generally the occasion of its final major remembrance and lasting sum-up in the press. Whether it’s Gone With the Wind, 2001, How the West Was Won, or any other, the posts and articles at 50 signal a film’s public sendoff to critical Valhalla, or to critical Hades, or if simply forgotten and ignored, to obscurity by neglect. Each previous Clockwork milestone, its 10th and 25th anniversaries, were occasions to debate the value of this still-controversial movie. Novelist Anthony Burgess and film director Stanley Kubrick are long gone, so A Clockwork Orange’s sole surviving principal, Malcolm McDowell, will no doubt be questioned closely to, essentially, pressure him to denounce the film. It will be claimed that today’s Left puritan attitudes are clearer, sharper, truer than 1971’s.

A few weeks after the Malcolm McDowell quote that headlines this post, Stanley Kubrick chimed in with his own article, headlined “Now Kubrick Fights Back.” He began:

“An alert liberal,” says (Times writer) Fred M. Hechinger, writing about my film A Clockwork Orange, “Should recognize the voice of fascism.” “Is this an uncharitable reading of the film’s thesis?” Mr. Hechinger asks himself … I would reply that it is an irrelevant reading of the thesis, in fact an insensitive and inverted reading of the thesis, which, so far from advocating that fascism be given a second chance, warns against the new psychedelic fascism—the eye-popping, multimedia, quadrasonic, drug-oriented conditioning of human beings by other human beings—which many believe will usher in the forfeiture of human citizenship and the beginning of zombiedom.

A prescient warning from—it’s hard to believe–a half-century ago. Not bad prophecy, Stanley.

This post is part of the Group Writing Project, a member-created regular feature of Ricochet, administered by Clifford A. Brown. The theme for December 2021 is “Winter Lights, and Dark Winter Nights”. Member participation is not only welcome, but encouraged.