My beloved sent this to me this morning. Color me surprised. Madonna is at it again. Being at least partially naked somewhere, talking about how sexy she is, trying to get more likes.

I get it. At 63, it’s probably difficult for even an “icon” like her to get the attention she was used to back in the ’80s and ’90s. She’s had a great run. But when we see pictures of her now, she’s either so made up as to be unrecognizable or else she’s haggard and awful-looking. Now, I’m pretty lackluster when it comes to my makeup and fashion sense. I will never win any awards. However, I’m also not in the public eye.

The article goes on to talk about the harshness of the double standard and how Mick Jagger was talked about (recently!) in terms of his sexiness and appeal, how the Sexiest Man Alive is 52 (Paul Rudd is Benjamin Buttoning his life), and how Sean Connery was regularly held as a sex symbol well through his 60s and 70s.

I thought about it and how unfair it is (and it truly is) but then also came to another realization: These men are not having plastic surgery. These men are not changing their appearances so much in the name of youth that they have become gross parodies of their former selves. When they do, men are similarly slighted.

Let us look at the examples of men with plastic surgery or suspected of having “work done”: 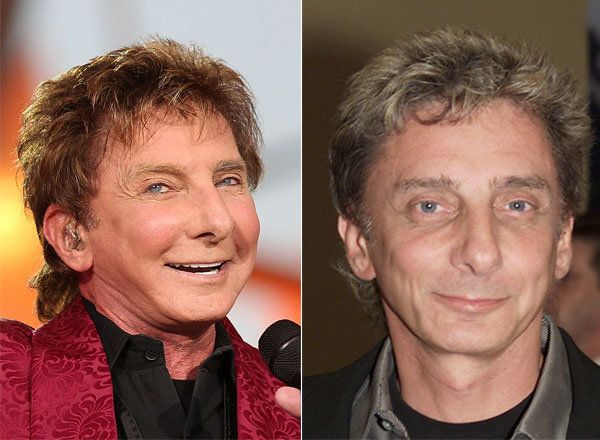 Clearly in the one shot, he’s doing a show and has his full face of makeup on. But you can see by the way the lines around his eyes are pulling that it’s not natural aging. 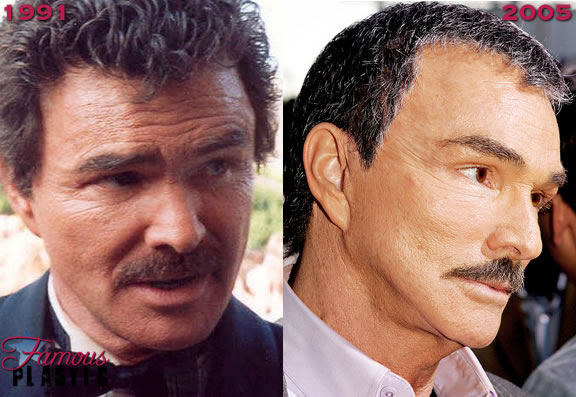 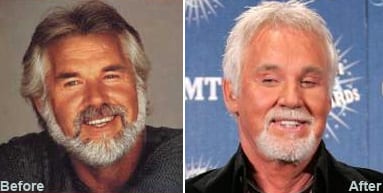 Wayne Newton? I won’t even bother with the picture of Mickey Rourke.

Ultimately, when women or men use extreme procedures to look younger, society takes note. Most of the time, men are more ridiculed than women because they’re supposed to age normally and get sexier with every wrinkle. Women are looked upon as tragic aging creatures compelled to reverse time to maintain their jobs. While it isn’t incorrect (women over 30 in Hollywood become the “moms” in the movies), it can be really, really offensive to the eye. Subtle changes over time are better tolerated by society since it is just “upkeep.”

I think the real concern here is that there’s a general affront to trying to reverse time as opposed to just stalling it or “living healthy” in order to “maintain one’s appearance.” A little Botox can be explained away as a great facial, lighting, or even a new vegetarian diet. A little liposuction? A new workout regimen. But a facelift, nose job, or extreme surgery cannot be explained away quite so easily and appears to be desperate.

This is true for both men and women.

Yes, it is harder for women, and there is a double standard that women continue to look as young as possible as long as possible. But let’s look at some people without work done who are choosing to age gracefully (and are still getting jobs).

Dame Helen Mirren, for one: 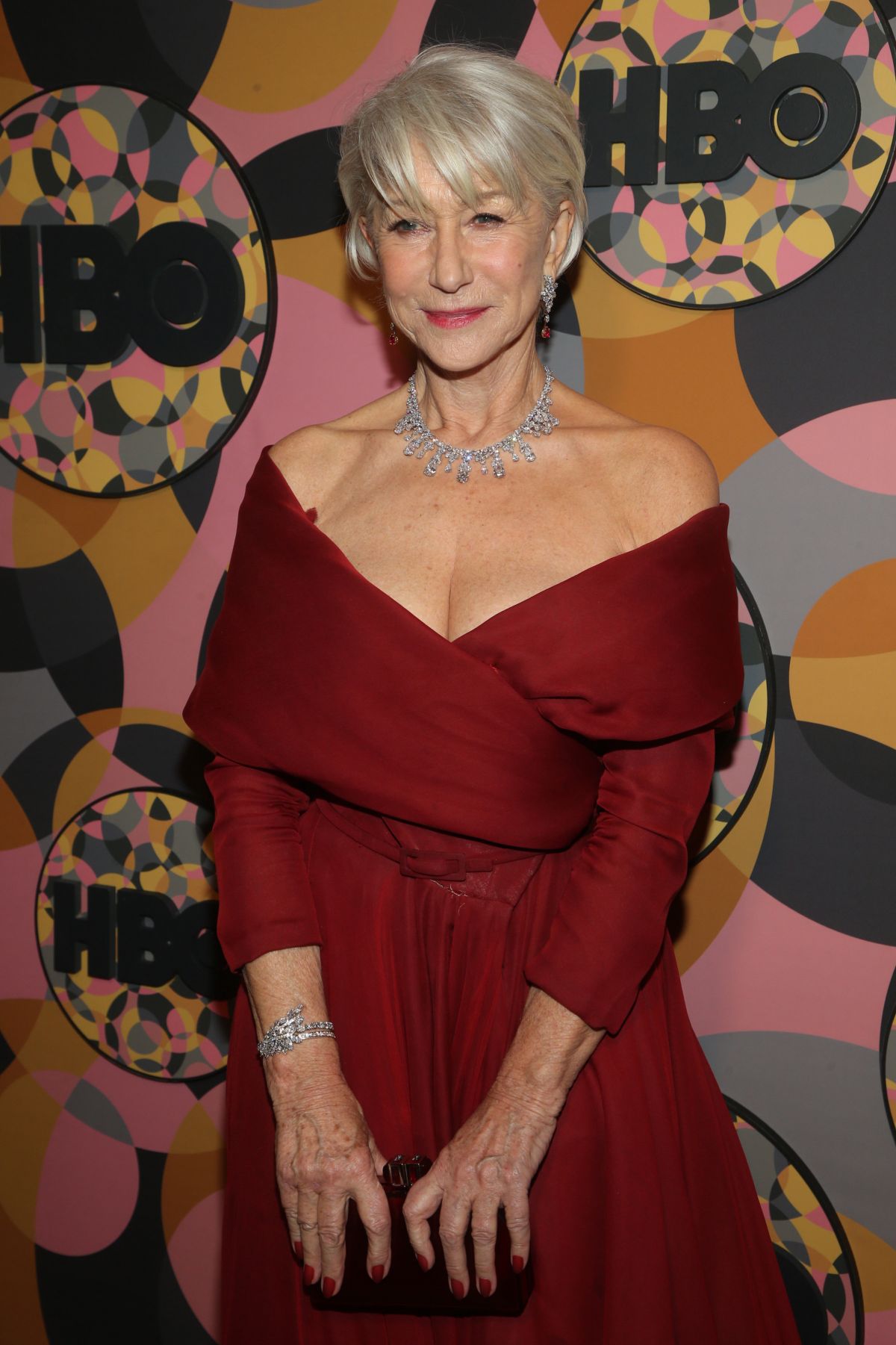 Pierce (“I have a normal wife”) Brosnan: 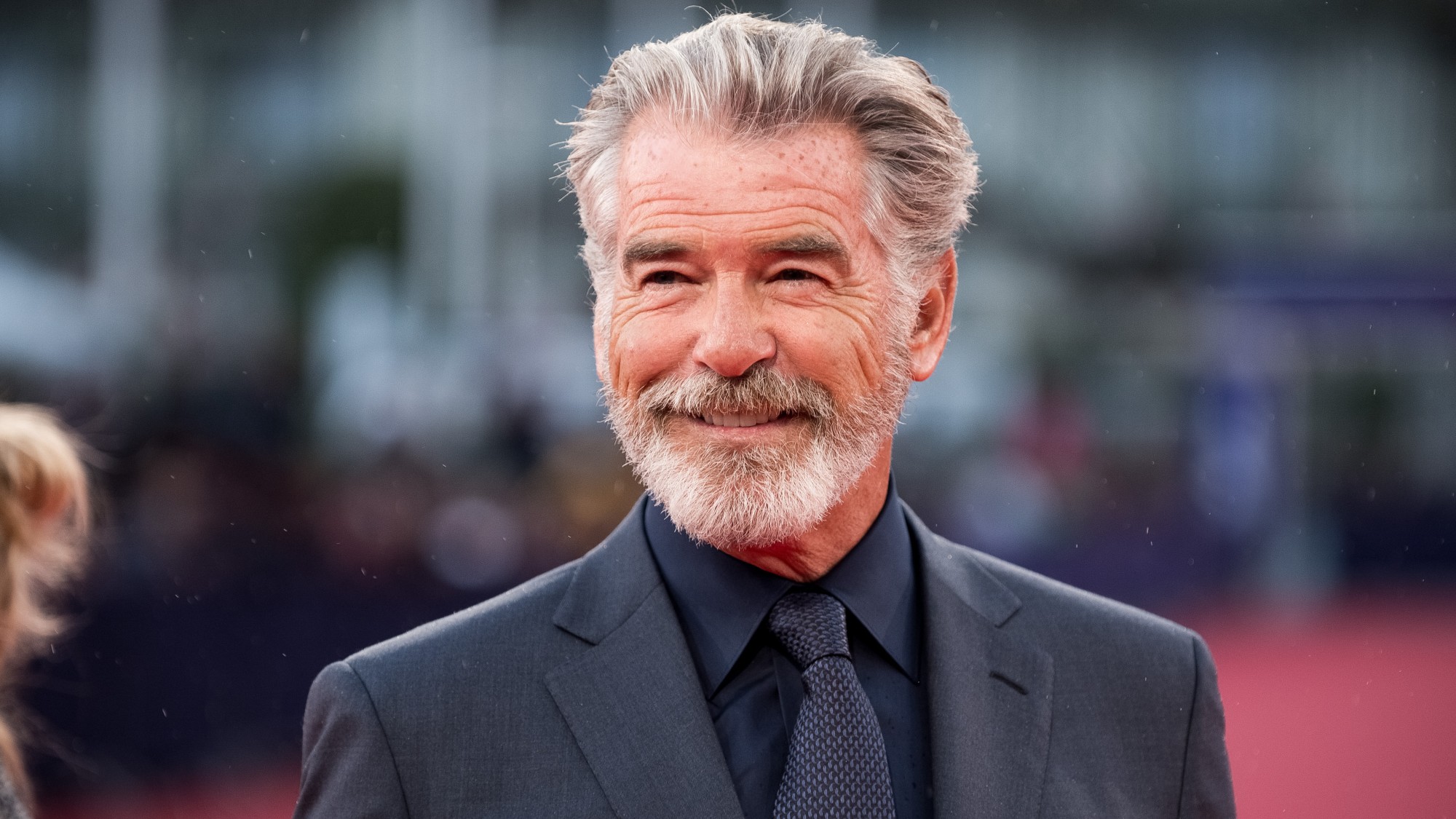 Then we can look at the other side. When men in the public eye get work done, people notice. Hollywood gossip mavens recently ridiculed Tom Cruise for looking so different (and probably having had work done), so even Cruise isn’t exempt. Even with the power of Scientology behind him. 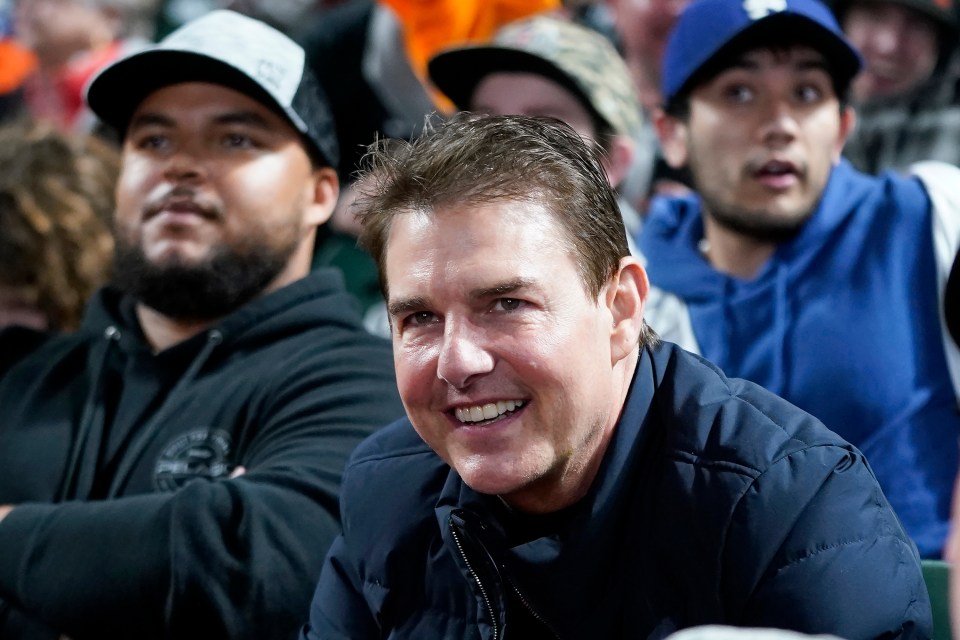 In the end, yes, there’s a double standard. Yes, women have it harder (overall) with the pressure to maintain shape, to stay svelte, sexy, desirable, and wrinkle-free for their lives. It is true. But do not think that when men take aging to task that they’re exempt from public ridicule and scrutiny. Sure, there’s more of a chance of a man over the age of 40 being on the Sexiest Man Alive issue. But there’s also more of a chance that you’ll see more Instagram posts of starlets past their prime trying to show off their new work and become relevant again.

Whenever you see these things and think about the double standard, think about why, think about how, and try to remember that plastic surgery is only getting cheaper. Girls just past 18 are getting “baby Botox” to prevent wrinkles from ever forming. Teenagers are getting boob jobs. Just remember that Hollywood isn’t real life; but it does inform real life, and it does influence the next generation. If we do not start to really examine these trends and make commentary about aging, there’s a good chance that there will be a generation of youngsters that are horrified by aging. The men will expect the women to be frozen in appearance from their 20s while their fertility wanes (because actual biology always catches up). Women will continue to forgive men their aging and treat them like fine wines to be cherished … the ones that do not find ways to prevent their own aging. Society will become even more lopsided in favor of the haves, as we will be able to tell one’s wealth immediately: It will be written across their smooth, baby-soft face.

If you thought the double standard was bad now, there’s so much more opportunity for it to get worse.

And just think: With technological advances, we can look forward to many more Instagram posts from a scantily clad Madonna for the next 10-20 years!