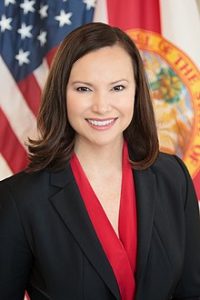 Law enforcement in Florida is pushing back against those criminals who have plans to attack and steal from our businesses. As often happens in this state, Polk County Sheriff Grady Judd is leading the way, teaming up with Florida’s Attorney General Ashley Moody. No one is sitting on their hands, waiting to see if the crooks try to victimize our communities:

‘As organized crime has increased, as organized theft rings have become more complex and sophisticated, so will we,’ Moody said.

‘This holiday season I want Floridians to feel safe and secure when they go out to our shopping centers,’ Moody said.

Moody and Judd were accompanied by other prominent leaders at a presentation last week, including St. Petersburg Police Chief Anthony Holloway and Florida Retail Federation President and CEO Scott Shalley. Representatives from stores like Walmart, Lowe’s, and Publix stood with them.

AG Moody wanted everyone to know that the problem they plan to address doesn’t have to do with simple shoplifting. Sophisticated criminals have discovered ways to try to dodge law enforcement:

‘These rings are formed up of criminal enterprises that go beyond petty shoplifting,’ Roberts explained. ‘They’re professional thieves running a business, stealing merchandise from our retailers and our communities.’

Roberts said online shopping has made it increasingly easy for criminals to resell the stolen merchandise via the Internet. In many cases, prosecutors say juveniles are recruited to help steal the merchandise from brick-and-mortar stores because the people running the criminal enterprises believe young people are less likely to be held accountable.

‘These criminal networks hide in plain sight,’ Roberts said. ‘They’re able to do business anonymously on online platforms. Taskforces…[are] necessary to have the resources to combat this growing problem and to bring coordination to all of our efforts.’ 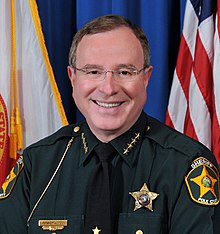 I am so inspired on many levels by these efforts. First, the coordination with law enforcement across the state, and with the retailers shows a sophisticated and practical approach to this problem, before it becomes a serious issue in Florida. Second, these efforts are not just about protecting retailers, but also about protecting the consumer who may be reluctant to shop at retailers due to potential dangers; stopping these criminals will also help keep prices from rising to cover losses. Third, it lets criminals and the public know that the rule of law will be enforced. As Sheriff Judd says to those contemplating striking businesses with flash mobs:

‘You’re not going to do it here. You’ll spend Christmas not with Santa Claus but with Santa Judd at the county jail. That’s a guarantee.’

And Sheriff Grady Judd is a man of his word.