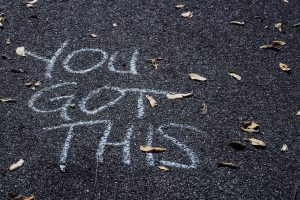 When it was time to re-start my volunteer efforts with hospice, I decided it was premature to be exposed to patients and their families. So, I asked my supervisor if she had other work I could do in the meantime; I still wanted to make a contribution, even if I wouldn’t be visiting patients. She suggested I could make bereavement calls to those who had lost members of their families. It seemed like a great idea.

Only it’s harder than I thought it would be.

People have a hard enough time speaking about death in almost any context, but discussing the recent loss of a loved one can be downright painful. Of course, people can choose not to talk with me. I just want to speak with them for a few minutes to see how they are doing. (We especially want to learn if anyone is indicating they are suicidal.) We only ask a handful of questions; the rest of our interview form asks us to document actions they are taking (or not taking) to deal with their loss and begin to move forward in their lives. And we end the call asking if they would like to speak to a bereavement counselor.

The least demanding calls (which really aren’t calls) are those where I don’t reach anyone! Actually, I leave a voice mail with my condolences, and offer their scheduling a visit with a bereavement counselor with a phone number, if the person is interested.

Then there are the calls where people, almost always women, are willing to share a little. They seem to get comfort from talking, and from realizing that we are genuinely taking an interest in their wellbeing.

Talking to those who are coping but suffering is a moving experience; since I’m just starting out in this task, trying to sound relatively competent and caring, my heart tends to be wide open. Even though the calls are often brief, their suffering comes through, and I have to remind myself that just words of comfort and resources to help them are the most I can do.

I can’t make their suffering go away.

Finally, believe it or not, the most difficult calls I make are those where I talk to men who have lost a mother or father. Even if you have had a strained relationship with a parent, the loss can leave a hole in your life. These men tend to be brusque, unwilling to disclose their pain to a stranger. That reaction makes perfect sense, and I wish I could help them through their discomfort. But at least they know, however intrusive and difficult my call might seem to be, someone is thinking of them and wants to help.

Yesterday was my first set of calls, and I still have a stack of calls to make. I just hope that my reaching out is comforting to most of them, and is a tiny balm in their time of grief and loss. I hope as I continue to make calls that I can stay present and open, and remind myself of my role and limitations; it’s not about me.

I hope that I am helping.