I’ve seen some comments about police officers refusing to do their jobs so I’ll offer you a basic primer on policing and authority.

Police officers have a chain of command, and they are members of a paramilitary organization. Elected officials from mayors, city council members, and district attorneys have civilian authority over police departments at the local level. The state has authority involving certification, and a state attorney general. The Department of Justice has Federal authority over local policing.

Unfortunately, politicians and their political interests have the ability to make decisions that do not benefit the residents of any city, county, or state. A good example of this is the stand-down orders during the Summer of Love. Police officers wanted to do their jobs as cities were being destroyed, but the risk of prosecution at the state and federal level for disobeying civilian authorities could lead to imprisonment, loss of employment, and civil suits.

The media, whether Left, Right, or Libertarian offers misinformation on policing incidents on a regular basis. They are lazy at best, or lie at worst.

An example of this is the photo below. Headlines from different media sources claimed that the Portland Police Bureau retreated from rioters. What they didn’t tell you is that behind that garage door is access to the Justice Center building. Access to police cars, the county jail, evidence lockers, indoor range, and elevators to the upper floors of the building.

What I see in that photo is the perfect target for a rubber bullet to the groin. 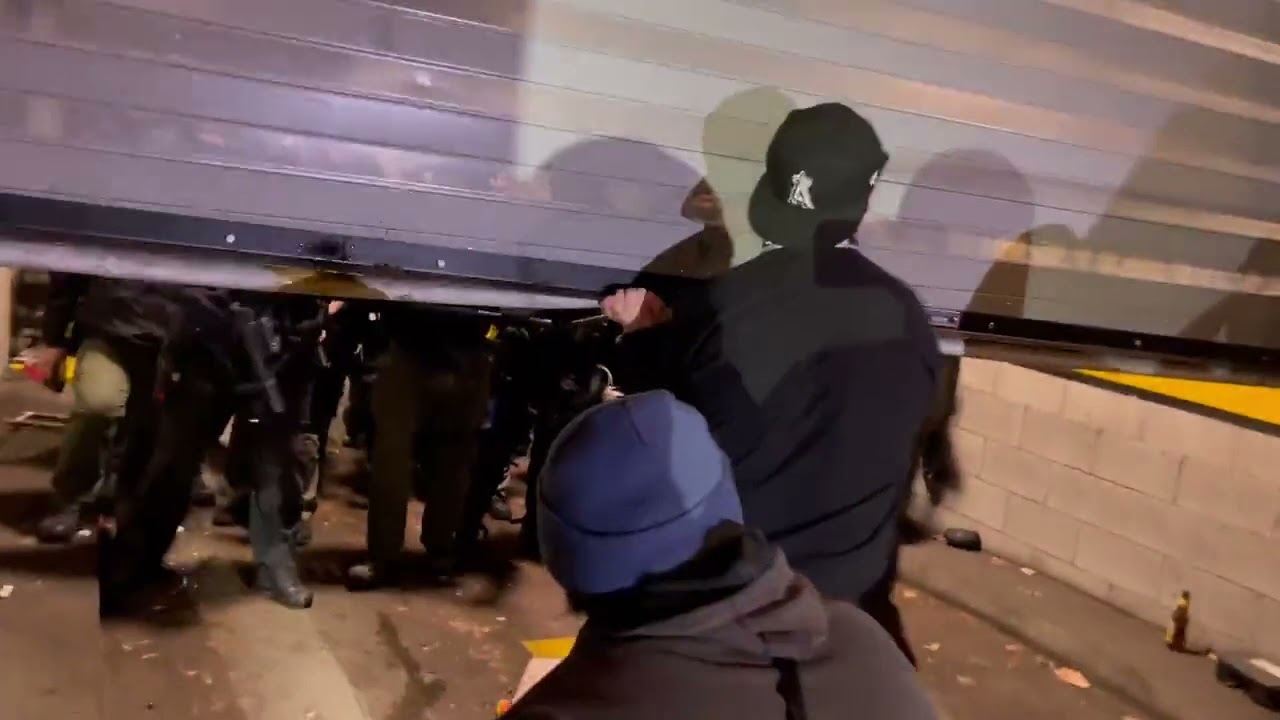