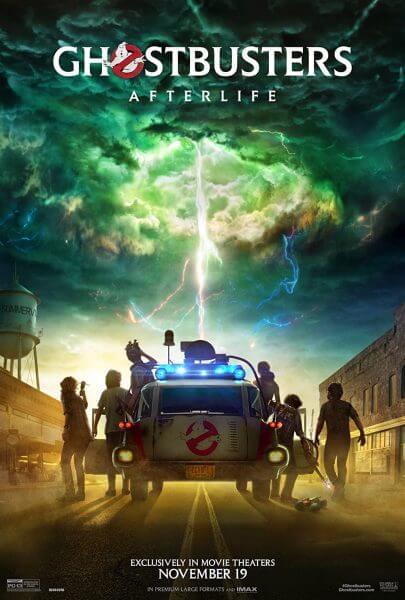 Liking this movie was always going to be a battle. It (2017) and the first season of Stranger Things exhausted my goodwill for this sort of story. Both of those were good, but I’d be content never seeing another film about tweens and teens discovering the supernatural in small-town America. For the first half of the movie, I was willing to ride along. I might not love it, but I could appreciate it on its own terms. The cast is uniformly good. Their performances individually and the chemistry between them are strong enough to compensate for the script’s deficiencies. McKenna Grace in particular outshines her stock character, i.e., the precocious genius I’ve seen in a million movies and who is nothing like the smart kids I went to school with. The dialogue isn’t hilarious with nary a quotable line, but it is amusing in the way Amblin films and their imitators tend to be.

The elements of an enjoyable movie are here, but writer/director Jason Reitman and co-writer Gil Kenan don’t have faith in the material. They plunder every recognizable image from the 1984 original. It’s gobsmacking how dependent the second half of this film is on the iconography of its nearly 40-year-old forebear. The teasers and trailers already spoiled the inclusion of Zuul and Stay Puft Marshmallow Men, but that’s only the beginning. Gary and Callie are possessed by Zuul becoming “the keymaster” and “the gatekeeper” respectively, and to make sure the reference is understood by even the dumbest audience members, their outfits transform into those worn by Louis Tully and Dana Barrett in the original. Who knew Tully’s torn pants and unkempt shirt were a demonic uniform? What deep lore. I CLAPPED BECAUSE I KNOW GHOSTBUSTERS!

Eventually, every original idea is replaced with another reference. A Ship of Theseus for ’80s pop culture nostalgia. For as much as the movie survives on Ghostbusters imagery, it never captures the spirit of that film nor does it even try. Some of my favorite sequels—e.g., Gremlins 2, The Texas Chainsaw Massacre 2, and the novel Titus Alone—are defiantly antithetical to their precursors. All three examples alienated huge segments of their fanbase and were commercial disappointments. Gremlins 2 in particular thumbs its nose at the consumerism of the average Hollywood sequel.

Ghostbusters: Afterlife, on the other hand, indulges in fandom at its most slavish. Even mundane minutiae are treated with reverence. When Phoebe finds her grandfather’s old uniform, she holds the drab jumpsuit as if it’s a hallowed object. Imagine a sequel to Arachnophobia where Delbert McClintock’s grandkid pulls a “Bugs-B-Gone” hat out of a box in the attic and wistfully holds it up to the light. 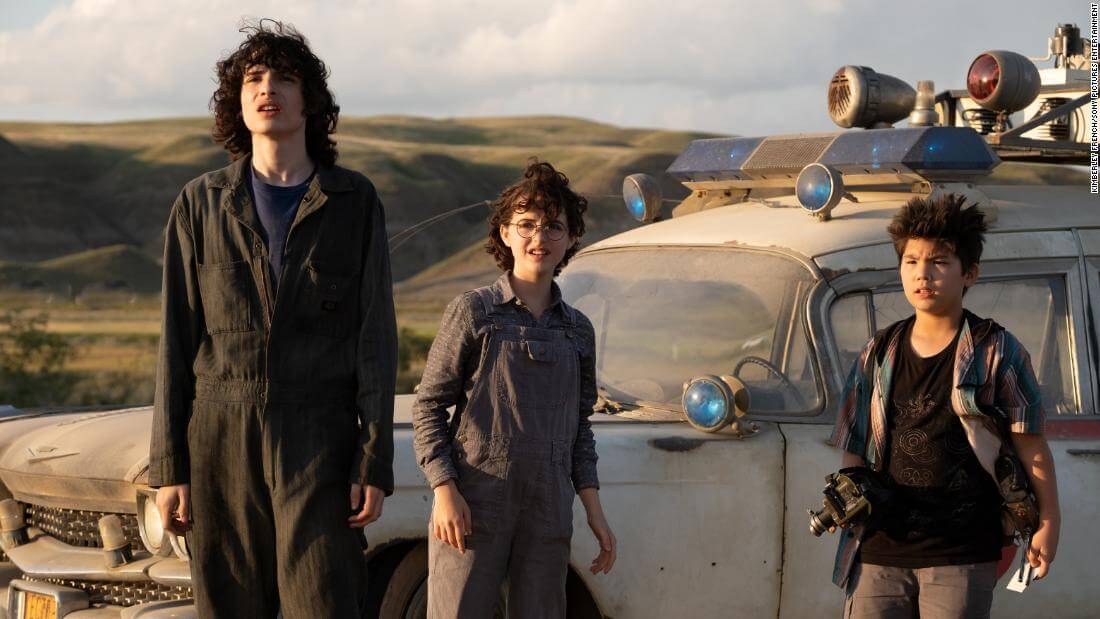 And it is so lazy. The movie doesn’t elicit emotions, it hands them out in prepackaged and branded containers. The characters don’t have arcs, they’re just vehicles to relive scenes from another movie. In the final moments, the manipulation becomes brazen. It could not be more naked in its tactics. The remaining three OG Ghostbusters show up just in time. You get a deus ex machina with your hit of nostalgia. Then it gets all sappy about the dead Ghostbuster. They expect you to shed tears over the guy who said the funny line about Twinkies. I’m sure the defense will be that it’s equally a tribute to Harold Ramis as it is to the character he played; “For Harold” appears on screen before the credits roll, after all. If that’s the case, it puts it in the same league as those editorial cartoons that depict recently deceased celebrities kicking back in heaven with other dead celebrities. Sincerity only gets you so far.

I never saw Ghostbusters (2016) and was only ever tempted to out of principle. I didn’t want to judge a movie without seeing it for myself. After watching some in-depth reviews (the best, of course, being Redlettermedia’s), I concluded the odds of it being an unfairly maligned masterpiece, or even tolerable, are so infinitesimal it’s not worth risking two hours of my life. From what I’ve seen of that movie, Ghostbusters: Afterlife is better. It doesn’t have a color palette so garish it seems a danger to your eyesight, and its cast isn’t the most obnoxious humans in existence who scream their lines. It isn’t an audiovisual migraine until the final 20 minutes. Don’t construe that as praise. Saying your standard for a good film is anything better than Lady Ghostbusters is the same as saying you have no standard for what makes a good film.

Jason Reitman has given us a two-hour genuflexion to a version of Ghostbusters that doesn’t exist. The actual Ghostbusters was creative and unmatched in its dry wit. It was too cynical to be heartfelt or tender. And likewise too cynical and blasé to be mean-spirited. We don’t get movies like it anymore, but we didn’t really get movies like it back then either. It’s in the running for greatest comedy of all time. I didn’t enter the theater with high hopes for this follow-up but was shocked at how awful Ghostbusters: Afterlife is. Sadly I am not shocked by how popular it is. Expect more sequels. The history of the franchise is of failures to live up to the original film. What’s a few more for the pile?