Kevin McCarthy, who quietly colluded with Lyin’ Ryan to sabotage the first two years of President Trump’s administration, owns the actions of his caucus members. He owns the vote for the radical left assault on single-family home communities, the American dream for all ethnic groups, and clearing the biggest obstacle to Joe Manchin voting for the monstrous Build Back Better Act. McCarthy’s crew knew exactly what Manchin wrote and said the day before the Virginia election. For the sake of our republic, for our own states, our communities, our families, our lives, McCarthy must be expelled from Republican leadership, and all those who enable him from this day forth must have their political careers ended, without exception, in 2022. Voters can force this outcome by demanding every Republican primary candidate openly reject McCarthy before we consider any other campaign position or promise. 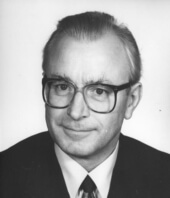 McCarthy’s motley crew knew the American people, across parties, socioeconomic circumstances, and ethnic identities, were rejecting Biden’s radical wrecking and remaking of America. Republican politicians expect to be given the majority in the House, and possibly the Senate, next November. McCarthy is the man who would be Speaker, and he let turncoats give aid and comfort to our domestic enemies, who loathe us. Our domestic enemies have declared open war on us, with the same hired guns that killed mothers and children in Idaho and Waco, Texas. Labeling parents who dare defy school board functionaries “domestic terrorists” means pointing men with automatic weapons at moms. It does not matter that the head of the American Stasi is a bespectacled bureaucrat. So was the last head of the German Stasi, Wolfgang Schwanitz.

Stasi sounds a bit extreme? My point is the current leadership in Congress and the Executive are lowering the barrier to official violence with their rhetoric about us, despite terrible past instances when government rhetoric, characterization of their target, led to deadly government violence. In that context, Republicans, squishy moderate to right of Attila the Hun, have no business giving any oxygen whatsoever to the fire, no matter the goodies slipped into a bill to their benefit.

Nor is the Department of Justice the only federal agency weaponized against the American people. Shortly before the vote, OSHA issued a fraudulent rule asserting the power to compel every private business with more than 100 employees to act as agents of the state, compelling Americans to submit proof of taking the jab as a condition of employment. It was in this context that McCarthy allowed 13 RepubliCAN’Ts to betray the American people without fear of any real and immediate punishment. As Jon Gabriel wrote at the time:

Despite Democrats not having the necessary support, the final vote was 228-206 thanks to these 13 Republicans. Each should be primaried, at least those who aren’t retiring. And it’s time for Rep. Kevin McCarthy (R–CA) to be removed as House Minority Leader since he has demonstrated brutal incompetence.

Another Ricochet member wrote, “Kevin McCarthy and His Trash Leadership Should Not be Anywhere Near the Speakership.”

Not being able to wrangle your caucus into not giving this collapsing president and the odious witch Nancy Pelosi a lifeline a mere 72 hours after a massive rebuke of them should make the conversation on making this inept joke speaker a no go. McCarthy actively recruiting and developing people who made it happen should lose him his seat.

And why was this such a terrible fumble, at best, at worst a monstrous betrayal? Start with the direct effects. The neighborhood busting provisions were known to all House members, an Obama initiative, and 2020 Democratic Party platform plank.

This bill gives money to cities that abolish single-family zoning. The Republicans talk about family values and they just passed a bill that attacks families in American cities. They just betrayed their constituents. As if the family was not being attacked enough with critical race theory being fed to their kids in school, degenerate culture being pumped into their homes, their jobs being shipped to China, gas prices rising, inflation, supply line shortages, and the rest. The GOP spits in the face of their constituents by rewarding cities that will create woke zoning laws and destroy single families in their jurisdiction.

In addition, the infrastructure bill includes the gateway for a travel tracking tax, a tax on every mile you drive.

The infrastructure legislation does not include a mileage tax or another form of driving tax. What it does include is a pilot program to study and test the idea. The legislation authorizes $125 million in taxpayer funding for this test initiative. (A lot of taxpayer money for an experiment, no?)

The betrayal represented just in voting for the contents of the fraudulently styled “infrastructure” bill is bad enough. McCarthy’s motley crew of 13 reprehensible representatives were fully aware of the pressure they were placing on Senators Manchin and Sinema to now vote for the Build Back Broke Act. As I explained, stalking Sinema, menacing Manchin, and talking trillions is political theater, covering the radical left’s substantive agenda. The Build Back Better Act is an act of war against America and Americans.

Beyond the terrible assaults I described, from racist and sexual indoctrination of three- and four-year-olds, to permanent destruction of cheap American energy, there are more assaults on the poor and middle class, while transferring more wealth to the woke rich. There is a massive tax cut for the rich, who vote left, fund the left, and use their positions of power in the so-called private sector to force racist and sexual indoctrination on their employees and the public. There is a lethal subsidy to Big Tobacco, taxing vaping out of legal existence. The vape tax is designed to drive predominantly poor Americans back into smoking cigarettes, killing them off quicker. So, the left is busy rewarding penthouse progressives, while punishing all us bitter clinging deplorable hobbits.

Senator Manchin laid out a clear roadmap for the Republicans to prevail in protecting the American people against the worst intentions of the progressives right now. Manchin was crystal clear that he absolutely would not commit to support the reconciliation bill as a condition of the Congressional Progressive Caucus allowing final passage of the infrastructure bill.

As I have said before, holding [the infrastructure] bill hostage won’t work to get my support for reconciliation bill. I’m open to supporting a final bill that helps move our country forward, but I am equally open to voting against a bill that hurts our country and the American people.

In the face of all this, the House Progressive Caucus had six of its most prominent members vote NO on the Senate-passed version of the infrastructure bill. Democrats control the House by 222 to 213. We can all do the math:

So, if Republicans had simply done the decent thing and all voted “NO,” then both the infrastructure and the reconciliation bills would be dead. There would be political breathing room for supposedly moderate Democrats to get with Republicans and negotiate some more reasonable, perhaps even helpful, legislation. Maybe we could have a no-kidding, real shovel-ready roads and bridges bill! Maybe we could reinforce and build real infrastructure back better to mitigate effects of projected climate change. This is what McCarthy spoiled with his 13 saboteurs.

What Is To Be Done?

McCarthy expects to be a benefit for your misery, to be paid out of Americans’ pain. He is already measuring the Speaker’s office for drapes and carpets. He and his gang expect to do fabulously well out of a replay of the fake opposition and shake-down operation they ran on us during the Obama administration. All they want are their hands on the levers of power created by the Democrats. Every Republican member of the House is complicit. They made and are keeping McCarthy their leader. They can unmake him today.

For current members, promises about what they will do after the 2022 election are empty. Republican House members endorsed Lyin’ Ryan’s collusion with the Democrats’ bureaucratic and lawfare insurrection against the 2016 election results, from voting him Speaker again after the 2016 election to keeping him Speaker after he repeatedly refused to issue subpoenas against James Comey and other collaborators in the Russia hoax. Indeed, Lyin’ Ryan and McCarthy blocked subpoenas, stalling the investigation into the real Russia collusion, the collusion between Democrats, intelligence bureaucrats, and foreign sources operating for the real benefit of Putin.

We need more than video clips and campaign promises. We need action now. We need a sign, a test of real resolve. The test is hard but simple. Each current Republican congressman and congresswoman must clearly call for the immediate resignation of McCarthy as House Minority Leader. If McCarthy’s gang resists, they must be cut off by all other Republicans standing together and saying: “Kevin McCarthy is no longer our leader. He does not speak for us, and we will not be part of any caucus that thinks he represents them well.”

For all those 2022 candidates not currently in Congress, demand the purge pledge: “I swear/affirm I will vote to remove McCarthy from leadership and will withdraw from the Republican caucus if others collude in making McCarthy Speaker. He will not be Speaker if you elect me.

The real Republicans, not the RepubliCAN’Ts, must immediately develop and promote positive, better alternative programs for Americans. It was not enough to put up repeated fake “repeal” votes on Obamacare. It will not be enough to send Build Back Better repeal bills to the Xiden White House. The Ethics & Public Policy Center has a good analysis and recommendations addressing the Build Back Better Act family programs.

There is a non-zero chance that these interventions cause the childcare market to go haywire, and poor implementation could lead to an Obamacare-like political backlash. But as the health care example shows, government programs, once begun, are very hard to unravel. Democrats in Congress are not in the mood to hear constructive ideas from Republicans on how to make the childcare market work better. So Republicans should begin preparing for a world in which rolling back the Build Back Better childcare provisions requires a fight, and lay the groundwork for their own ideas of how to improve the market for parents.

Make them take the pledge and make them show you their homework, not speeches and oversight hearing clips where they own the libs. Let them show new leadership putting together shadow legislation, bills signed onto by all the Republicans that want to be reelected. Let them show us draft bills, introduced on the floor, not bullet point charts.