But backstory first! In April 2012, I was busy getting ready to move from Georgia back to Texas, and then from Texas to Pakistan to teach at Forman Christian College. I was also working on setting up syllabi for my fall semester courses, and I was much displeased to learn that I would have to deal with “student learning outcomes” in Pakistan just as I had in the U.S.

I launched a string of laments on my Facebook account of unhappy memory. I think the best sentence of the whole spiel was “Never have educators measured so much without a measuring stick.”

The thing is that education has always had a moral purpose. If nothing else, education is supposed to make life better, and that’s a moral purpose. But there’s so much more: Education isn’t just how we pass on rudimentary math skills; it’s also how we pass on values and keep a civilization going. Education isn’t just for facts about electrons and whether the sun orbits the earth or vice versa; it’s also about moral facts.

Yes, I said “moral facts.” The golden rule is a true moral statement — a moral fact. And it’s not the only one. The problem is that in the modern world we’ve grown skeptical of moral facts. (I blame logical positivism.) At the same time, the teacher (and his overlords in the administration and the government) is more committed than ever to confirm that education is achieving its purpose, and that means that he must measure, measure, measure the results of education. Results, always results, aimed at making life better but measured by people who are among the most reluctant to acknowledge any actual facts about the good life.

And thus, the deep irony of more measuring than ever but without a measuring stick.

Never before has the institution of education been so committed to the view that there is no final moral standard by which the success of education is to be measured. Never have educators been subjected to so much measuring of their sucess at educating. (Yes, I see that typo, and I bury my face in my palm for shame.)

It’s like a madman running around his living room measuring his furniture and saying:

“This couch is four hands high for me; how many hands high is it for you?

“Would you care to invent a substitute for inches, since we aren’t sure they exist?

“I think the chair is eight blars high and two narfs wide. What do you think? I don’t care what you think as long as you think something.”

A little bit later, I added this:

I don’t think I was fair to SLOs today. There are some advantages. When philosophers write the philosophy SLOs they can make them about Aristotle; a Christian institution can make SLOs about Christian theology; and so on.

And, somewhere in there, I also added this:

The student will learn to control his bodily appetites and keep them within the bounds of the natural moral law.

The student will subject his own personal interests to the laws of justice and to the good of society.

The student will learn that being rich is not his goal in life and that he must not have sex whenever and with whomever he wants.

The student will learn the basics of Christian orthodoxy.

The student will learn to love God.

The student will learn to love his neighbor. 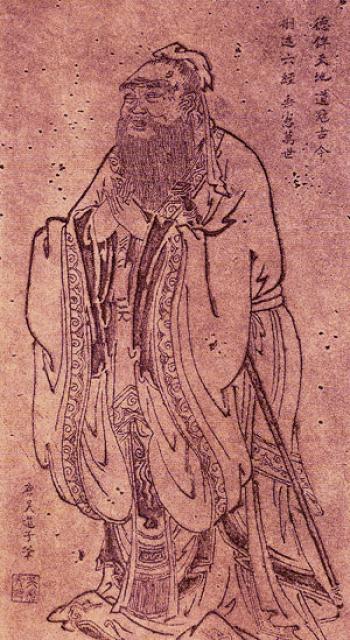 But it was years before I properly wrote up any of this, and, when I did, I didn’t focus on Plato or Augustine; and, by then, I was at Hong Kong Baptist University. “The Master’s Student Learning Outcomes and Assessment Methods: An Alternative Perspective on Pedagogy” was about Confucius instead. I presented it at a couple of convenient conferences, and, by the grace of G-d, got it published in a new book: “Whole Person Education in East Asian Universities: Perspectives from Philosophy and Beyond.”

The article talks about how Confucius in the “Analects” has some pretty explicit and detailed moral principles that are the goal of education, and about how he tracks his disciples’ progress in them. I also did some brief compare-and-contrast work looking at Confucius in relation to two of my western homeboys, Augustine and John Dewey.

It’s not like it’s crazy to talk about student learning outcomes, despite my extreme distaste for how we talk about them these days. Confucius did it first, and Tian (天) knows he’s much smarter than I am. The mistake is measuring educational outcomes all the time without adhering to any serious account of the good life.

Here’s the official publisher site for the book, and here’s the Amazon page. The other articles in there are good too. If any of you are nerd enough to read it, I’m sorry it’s not cheaper. Someday, if and when copyright requirements allow, I’ll plan to get some version of the paper up for free at PhilPapers.org or something like that. In the meantime, I cover the Dewey, some Confucius, and some Augustine on my YouTube channel, TeacherOfPhilosophy, in the The Philosophers in Their Own Words playlist and other playlists.