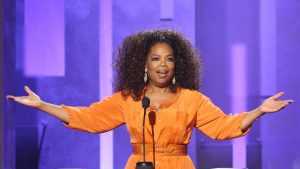 In our pandemic era, the American press has deemed it its solemn — and urgent — duty to protect news consumers from pseudoscience and misinformation. Snopes, for example, has a comprehensive list of ratings for assessing various claims: true, mostly true, mixture, mostly false, false, and Obama.

Enter the words “Trump fact checked” into any Internet search engine and you’ll find more than 20 million results, from organizations such as factcheck.org and politifact.com. This is as it should be. The man was, after all, president of the United States and therefore should be held to the most rigorous standards of probity, as is President Biden (pause for laugh). And yes, if Trump were still president today, he would no doubt be saying things like “And thanks to my beautiful vaccines, you’re damned right you can gather for Christmas!”

In other words, we can all rest assured that the wealthiest, most prominent, admired, and powerful purveyors of pseudoscience in popular culture are vetted at every turn by fact checkers, right?

In the words of Vizzini from “The Princess Bride”: “You’d think that, wouldn’t you!”

Trump’s riffing about disinfecting the inside of your body doesn’t benefit from the halo effect to the same extent as does similar medical quackery promoted by Oprah Winfrey. (We call this understatement.) Unlike the ritually villainized Trump, the scale of Winfrey’s ability to sway beliefs (and buying habits) is unparalleled.

We’re no longer branding ties in the hope of some walking-around money, kid.

So, all of this begs the question: How nuts is Oprah? Well, she has used her numerous platforms to lend legitimacy to, among other things: pseudoscience, paranormal experiences, extraterrestrials, New Age religious beliefs, and the Green New Deal.

Winfrey’s brand of magical thinking has also had tragic real-world consequences. In the 1980s and 1990s, Winfrey promoted celebrities who claimed to have been victims of satanists. By giving a platform to such people, Winfrey fed into the vicious moral panic of the era, which resulted in enough false convictions and destroyed lives to make Kamala Harris jealous. In 2005, Winfrey promoted a $30,000 machine that she claimed used radio waves to remove wrinkles from people’s faces. The machine had potential negative effects that she failed to mention, such as scars, burns, agonizing pain, and becoming speaker of the House.

Nevertheless, Winfrey never seems to get dinged for her batty pseudoscience by fact checkers or, for that matter, by anyone else. On the contrary, she is inarguably the world’s most admired billionaire. Public figures criticize her at their peril. So widely respected is she that it is the conventional wisdom that she could be president of the United States, if only she had the desire.

Director of the Centers for Disease Control and Prevention: Dr. Mehmet Oz. A cardiologist and self-described “energy healer,” Dr. Oz has made 62 appearances on Winfrey’s program. In 2011, the good doctor attempted a “scientific” experiment on his television program to demonstrate his claims that juice from some of the most popular juice makers in the United States contained toxic levels of arsenic. (As if to reinforce Oz’s reputation as a pseudoscientific fraud, his experiment was applauded by The Atlantic.)

Dr. Oz believes in the existence of magic and isn’t ashamed to admit it. Not as in “I love a good card trick” but as in “You may think magic is make-believe, but this little bean has scientists saying they’ve found the magic weight-loss cure for every body type.” (Spoiler alert: It’s green coffee beans.)

National Institute of Allergy and Infectious Diseases: Deepak Chopra. You may be asking yourself, “How is it I even know who Deepak Chopra is?” The answer? Because Oprah is a freakin’ king maker, that’s how. Like “Dr. Oz,” Chopra parleyed his background as a physician into far greater success by casting spells over Oprah with what passes for profundity among New Age cultists and health faddists. Among Chopra’s claims is that people can achieve perfect health, never age, and never die. He also claims that changes in levels of consciousness can prevent cancer.

One of the world’s most successful purveyors of pseudo-profound BS, Chopra has pearls of wisdom that research has shown are literally indistinguishable from groups of his own words selected at random (PDF). Chopra’s most recent tweet? “I AM is past, present & future in timeless now. #revelationandawakening”

Secretary of the Department of Health and Human Services: Eckhart Tolle. No laboratory or Hollywood screenwriter could generate a more consummate BS artist than Eckhart Tolle. The guy’s even German Canadian, whatever that means. To write like Eckhart Tolle is to write like an Eckhart Tolle idea generator. In 2008, Winfrey promoted the self-proclaimed spiritual teacher’s book, causing it to sell millions of additional copies. In promoting the book, Winfrey said, “God is a feeling experience and not a believing experience. If your religion is a believing experience … then that’s not truly God,” a quote that future historians might cite as Peak Oprah.

Tolle’s worldview is aggressively hostile to science. He once wrote that “Thinking has become a disease,” suggesting that it should be replaced by the “inner energy field in one’s body.” This statement jibes perfectly with the larger theme promoted in Winfrey’s oeuvre: Thinking is bad, as is weighing the evidence.

How can a person so intelligent, successful, and personable be so heavily invested in pseudoscience? Winfrey seems to be unable to separate what she needs to believe from her interview style. She wants her audience to believe something (psychics, sweat lodges, moral panics, energy fields) rather than simply presenting the facts and letting people decide for themselves.

Come to think of it, she might be the perfect president for our time.