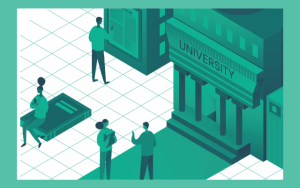 Last week, the Foundation for Individual Rights in Education (FIRE), working alongside College Pulse and RealClearEducation, published the second rendition of our College Free Speech Rankings. Among the takeaways? Prospective college students who want a college with a strong culture of free expression should consider Claremont McKenna College or the University of Chicago, which come first and second (with CMC taking the top spot held by UChicago last year). By that same token, they might want to think twice about DePauw University, which finishes last for the second consecutive year.

When we published our first edition of the rankings last year, the nearly 20,000 students at 55 institutions made it the largest survey of college student attitudes on free speech ever conducted. Nowhere to go from there but down? Nonsense. This year, we surveyed nearly triple the number of schools (159) and nearly double the number of students (over 37,000). The report takes into account the varied dimensions of free expression on campus, including the ability to discuss challenging topics like race, gender dynamics, and geopolitical conflicts; whether students hold back from openly sharing their views; and official campus speech policies.

The rankings found that more than 80% of students report self-censoring their viewpoints at their colleges at least some of the time, with 21% saying they censor themselves often. Only a third of students say that their college administration makes it either very or extremely clear that it will protect free speech on campus. What’s more, some illiberal streaks among the student population seem to be trending in the wrong direction. For instance, 66% reported some level of acceptance for speaker shout-downs (up 4 percentage points from FIRE’s 2020 report), and 23% agreed that it’s acceptable for people to use violence to stop certain speech (up 5 percentage points). Additionally, students generally showed much greater intolerance for campus speakers with conservative positions.

There’s more to take away from FIRE’s report. Our press release announcing the report is here, the rankings and methodology can be explored here, and the full copy of the report is here. Stay tuned also to our Newsdesk, where we’ll surely be diving more deeply into the data over the coming weeks.