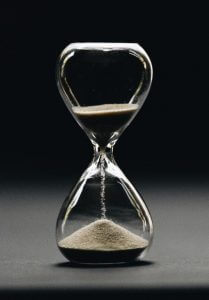 The greatest hope of the elites is to become players in the Global Community, a term they have coined to underscore their self-images of superiority over the American people (because we are the peasants and only one part of the global community), which means that if they don’t branch out, they’ll miss out on more and more and MORE power. (Envision elites drooling down the front of their expensive tailored suit jackets).

The problem for the current elites is that the United States has been too powerful, and the other global leaders want the US to step down off its higher horse before they consider any of our feckless elitist leaders for seats in the top-dog chairs alongside them, running the coming New World Order.

So, the elites, tasting the pleasure of wielding power in our own country, have sold their souls in trade for bringing down and turning over the reins of our beloved land to the collective of feckless elites in the EU, all who have already sold out to China and Russia. Our part of that whole deal was to sell out to the Taliban, the future enforcers of compliance. Which we have done, nearly overnight.

The problem for these idiots who think they’re more in touch with reality than those of us who actually are … is that we are.  And we remember things … like our history.  As I said before, freedom is in our DNA. It was put there by our brilliant founding fathers. And there are those of us Americans who are willing to oppose the elite. We can run for office and win, and we will, turning back the clock on their efforts to tear this country down at every turn. There are also those of us willing to get out and protest the tyrannical decisions of the puppet in chief. And they are stepping up.

And then there’s Trump, who scares the heck out of the elite because he loves this country, and the people who love this country want a leader who, like them, also loves this country. The elites, on the other hand, hate this country because it gets in the way of the little Jen Psaki’s of the world from taking their seats behind big fat gold-leaf-accented desks in the palace of those in charge of running the New World Order.

So, this means they have to destroy the load-bearing structures of the United States … destroy as many as possible, before the next election because … well, you understand … they could lose their coveted power positions in the New World Order. And oh no, what would they do then? How else could they go on committing acts of evil in service to the devil? Hence the rush to destroy and render our country as hapless and vulnerable as possible, as soon as possible.

To demonstrate what I’m talking about, here are some of the things the elites have accomplished so far:

We have a big problem, people. And we need to figure out how to create a more level playing field to combat this assault before it’s too late. Considering the speed with which the Biden administration has damaged and destroyed many of the core fundamentals and safeguards for a free people’s country, I don’t think we can pursue business as usual. They don’t play by the rules. We need to anticipate their moves and make some preemptive strikes that slow, and if possible, stop their progress.

And it all has to be done with a pristine attention to our rule of law and a relentless drive and determination to save our country.

[1] I grabbed some of the examples from different sources on the fly, so if you have any others that fit into the categories I’ve defined, please make a comment.