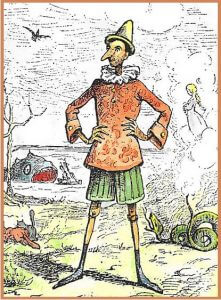 It’s my fond hope (I’m using the word “fond” in the old-fashioned sense of “foolish,” because I really do know better, given the fondness–using it this time in the modern sense–of the mainstream media for memory-holing inconvenient facts), that those words, spoken by Joe Biden to the President of Afghanistan on July 23, 2021 as follows (emphasis mine):

Hey look, I want to make it clear that I am not a military man any more than you are, but I have been meeting with our Pentagon folks, and our national security people, as you have with ours and yours, and as you know and I need not tell you the perception around the world and in parts of Afghanistan, I believe, is that things aren’t going well in terms of the fight against the Taliban. And there’s a need, whether it is true or not, there is a need to project a different picture.

live to haunt Joe Biden for whatever remains of his sorry time in office, every time he opens his mouth.

Whether it is true or not, Joe Biden today assured the American people that the fact that only one-third as many new jobs were created in August as has been projected (235K vs 720K), is evidence that “the Biden plan is working.”