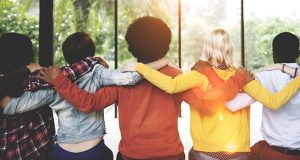 I’m vaccinated but I don’t ask, as have many vaccinated Facebook users, that you “respect my decision.” Vaccinated people like me get plenty of respect already, thanks: from public health officials, the political class, employers, and the media, just to name a few. No, the lay of the cultural landscape makes it abundantly clear that it’s not the vaccinated but the unvaccinated who aren’t getting enough respect.

At the end of the day, each individual must make a cost-benefit analysis based on a constellation of variables such as age, health, pregnancy, family history, science, and, yes, anecdotes from sources you trust. Different people will come to different conclusions and behave accordingly. This is how it should be – must be – in a free society.

People question the vaccines for a whole host of reasons, some of them legitimate in my view, others not. I don’t think the vaccines’ image for being safe and efficacious – again, justified in my view – is burnished by shaming those who question them, those who take a wait-and-see approach, or decide to avoid them altogether. This is to say nothing of mandating them.

What are those Americans who’ve lived through codified racial discrimination to make of now being denied access to much of public life, from restaurants and grocery stores to college classrooms and even their jobs – all by virtue of their vaccination status? As a libertarian, I believe non-monopolistic firms should be permitted to decide who may enter their premises. That makes me a radical on this issue. But viewpoint discrimination imposed by the government with its monopoly on force? That’s a hard “No.”

The fundamental public health question is “What’s our metric for determining when we may return to the status quo ante?” The sensible answer to me is: when a safe, effective vaccine has become publicly available to anyone and everyone who wishes to receive it.

Too many people – especially our culture’s tastemakers and those in positions of power – seem more interested in maintaining the “new normal” by vilifying the approximately 30% of Americans who have chosen thus far to opt out. The whole point of the vaccines – other than saving lives – is that they allow us to base public health policy on the vaccinated. But that was the old hotness. The new hotness is that we must continue wearing masks, social distancing, contact tracing, testing, and limiting the size of gatherings until both Anthony Fauci and Michelle Wallensky (whose agency just deemed cruise ships too risky for ex-smokers) gives us the green light.

In the meantime, those of us who are vaccinated should resist the divisive urge to pile on those who don’t share our fully-vaccinated status and instead stand as an ally to that denigrated minority of holdouts who pose no health threat to us.