I arrived on this planet in the midst of a technological revolution. In my lifetime, my generation traveled from VHS to VR.  The generation before me had seen a man land on the moon.  With the internet, the knowledge of the world was now at our fingertips. Disney said “dream big,” our parents said, “aim high.”  The impossible was now possible. “We will do great things!”

Or, so we were told.

At 25, many of my peers are waking up in an average life and wondering if they are a complete failure. Perhaps they hold a steady job to support their family, or they stay home with the kids, but they aren’t the President.  They aren’t walking on Mars. They don’t feel they changed the world the way the adults prophesied they would. Did they “fail”?

My generation, striving to change the world, has fallen out of love with the rhythm of everyday life. They scoff at the beautiful and simple things —belittling love, marriage, and family in exchange for dreams, innovation, and fame.

The 20 somethings are restless. They take pills to prevent motherhood and creams to prevent aging. They ceaselessly seek the fountain of youth and the tree of knowledge–never letting their soul rest. They forgo the way of life their ancestors treasured, all while feeling like a plane delayed on the runway.

When they don’t find the beauty in the everyday things, they quickly become disillusioned, uneasy, and even angry.  They claim they are forsaken by the world who told them to aim for the highest star but forgot to mention that the journey is really what counts.

Is it any surprise to see my generation forgo becoming parents? They feel their life hasn’t yet started. Perhaps once they reach the highest aim, then they will be deserving of love and family–they can’t risk any distractions now. They have a world to change.

How can we correct the course for these restless wanderers? How can we remind them of the foundation on which our success has been built–love, family, and service.

In essence, after having launched their ambition into outer space, how can we bring them back home? 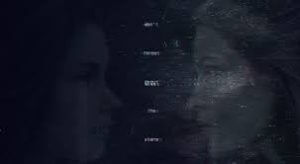