Many Catholics recall particular sets of “mysteries” for each day of the week while praying with the rosary. On Tuesdays and Fridays, we remember the Sorrowful Mysteries: Christ’s agonized prayers in the garden of Gethsemane, the scourging, the crown of thorns, carrying of the cross to His place of death, and finally His lonely crucifixion.

We recall the pains Jesus accepted to pay the price of justice for our sins. Per Isaiah:

It was our infirmities that he bore, our sufferings that he endured. He was pierced for our offenses, crushed for our sins. Upon him was the chastisement that makes us whole. By his stripes we were healed. —Is 53

Do you think you can imagine His pains? Think again.

No one loves a fellow human being more than the Creator loves us; more than He loves every one of us.

Have you ever known a parent who had to endure a child who became cruel, ungrateful, and self-destructive? The Lord loves the wicked even more than their own parents love them. The Lord knows how wonderful was each one’s potential and how wondrous could have been his or her reward for mere gratitude. He gave them immeasurably more and received no love in return.

Re-read the gospels with that in mind.

Every person who doubted Jesus or tried to trick Him into condemnation before the law. Every person who would not listen or believe. Every disciple who turned away. Every judge or leader who convicted Him. Every person in the crowd who yelled “Crucify him! Crucify him!” even after His flesh had been ripped from His body and thorns crowned His head. Every soldier who forced Him to carry the cross or nailed His hands.

We too are sinners. We too failed Him and made necessary this terrible price. He loves us still. 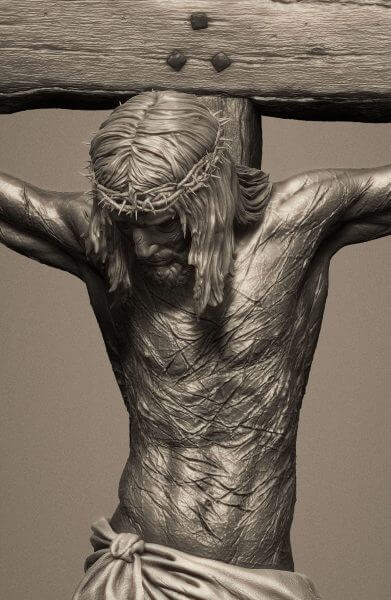