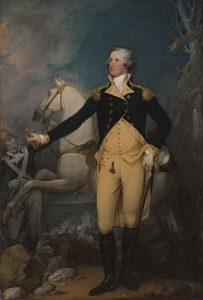 Why would anyone have faith in the government’s telling the truth? It’s clear that if the facts get in the way of their agenda, they aren’t interested in “complicating” their message. We always knew that government, and especially politicians, “mishandled” the truth, but we figured that behavior went with the job. After all, they desperately wanted to fool as many people as possible. But now the lying is so ubiquitous that the word “truth” has lost its meaning. I’d like to think the lying happens less on the Right, but I simply don’t know if that’s true anymore. Even more disappointing is that more than ever, the media has decided that its mission is to defend the Leftist agenda, so they are happy to collude in the lying.

The fact is, digging up the truth can be inconvenient: who wants to conduct an investigation, with the time and effort it will require, when you can just make it up? Not only is making that effort tiresome, but you might discover facts that simply don’t support your agenda. A much more “helpful” approach is to be creative; make up your own facts from innuendo when you report on the Right, and ignore or embellish your facts when they aren’t flattering to the Left.

The rest of us are left to try to determine the truth on our own. How are we supposed to do that? We’ve known that the media has slanted Left for a very long time, but it is now dominated by the Left’s agenda. How did the media become so committed to making up their own facts?

I’d point to a number of cultural changes that both the government and the media have been subject to:

President Biden leads the way in lying to the people. He has told repeated lies about the coronavirus. He has misrepresented the proposed spending for infrastructure. He lied about the Texas and Georgia election bills leading to voter suppression. He has insisted that the border situation is being managed. He doesn’t understand the second amendment and the importance of protecting it. He mischaracterized the riots of last summer. He said there was no vaccine distribution plan. He claimed he inherited a mess on the border. He’s insisted people wear masks when the science didn’t support him.

And there’s much more.

So, what can we do to overcome the lies that we are repeatedly exposed to? Here are a few suggestions:

And to maintain a sense of equilibrium, try these:

Let’s start a movement among us to simply tell the truth.