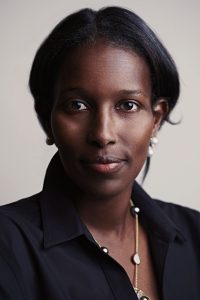 Ayaan Hirsi Ali’s book Prey is about Islamic immigration into Europe and how it affects women’s rights and safety in Europe. I recommend the book for those interested in the subject. It is a solid 11 hours on Audible and covers many countries and issues within a broad category.

Notably for an Audible book, she handled statistics in an audiobook form. She included a PDF file with statistics and graphs, something other Audible books desperately need. Additionally, Ayaan Hirsi Ali doesn’t get bogged down. The audiobook format doesn’t really work well for memorizing numbers. In addition to her PDF, she goes through the important statistics slowly and deliberately.

To summarize the numbers, things look bad for integrating Muslims in Europe. In terms of both opinions and behaviors, Islamic immigration seems to pose serious difficulties to both the immigrants and European societies. With regard to free speech or women working outside the home, or in terms of behaviors like rates of crime and polygamy, Muslims do worse than Vietnamese. Sadly, even after a generation or two of living in Europe, Muslim populations on average aren’t doing as well.

As fans of hers know, Ayaan Hirsi Ali has the most fascinating background. The parts of the book that interweave her personal story with the wider immigration story are by far the most interesting. She talks about the family conflict that her father’s polygamy caused and how she was encouraged to be violent in her community. It’s always nice to have a human face to understand larger social phenomena. 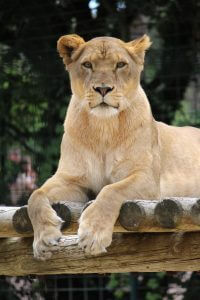 It’s surprising that she doesn’t talk more about Islam in this book. She makes a convincing case that Muslims fail to succeed in European society because of their religious faith and culture. Admittedly, this would be a difficult chapter to write but, like Charles Murray’s recent book on race, she describes differences without describing the causes. But why is always the hardest question and it makes sense to  focus on more manageable queries,  especially since she wants to establish as wide a tent as possible in order to address the problems.

The book is useful in that it clearly shows a problem with admitting Muslim communities in Europe with regard to the rights of women. It’s hard to argue with her concise data sets and arguments. In fact, throughout her book, she mentions how common it was for people to ignore such observations. I cannot say I am surprised. It feels illiberal to say that a particular religion isn’t compatible with democracy. It can appear in the distance like the old conflicts between Protestants and Catholics and the old European antisemitism that made Jews second-class citizens. However, like ignoring higher crime rates among Black Americans so as not to sound racist, ignoring a reality never advances good causes.

Overall, I recommend the book for folks interested in the social tensions brought about by Muslims failing to assimilate into European society. However, who I really wish would read this book would be those who are most likely to ignore it. She makes a very calm and reasonable case that immigrants from Muslim countries increase the rates of sexual violence against women. What’s more, she addresses immigration from the perspective of LGBTQ people, Jews, and the native poor who are also adversely affected by uncontrolled immigration in Europe. Even the concluding chapter of her book is called “A Return to Gilead” referring to Margaret Atwood’s novel about the oppression and subjugation of women.

It is with a heavy heart that I view the current Left as unable to grapple with this reality. As much as Europeans rightly make fun of America’s Wokeness, I can’t see the Left abandoning their condescensions for a fervent liberal universalism. For everybody else, the book is a good read.