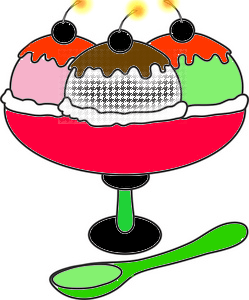 We believe it is inconsistent with our values for Ben & Jerry’s ice cream to be sold in the Occupied Palestinian Territory (OPT). We also hear and recognize the concerns shared with us by our fans and trusted partners.

We have a longstanding partnership with our licensee, who manufactures Ben & Jerry’s ice cream in Israel and distributes it in the region. We have been working to change this, and so we have informed our licensee that we will not renew the license agreement when it expires at the end of next year.

Although Ben & Jerry’s will no longer be sold in the OPT, we will stay in Israel through a different arrangement. We will share an update on this as soon as we’re ready.

“THERE ARE many ice cream brands, but only one Jewish state,” said Prime Minister Naftali Bennett.

“Ben & Jerry’s has decided to brand itself as the anti-Israel ice cream. This decision is morally wrong and I believe that it will become clear that it is also commercially wrong,” he said.

“The boycott against Israel – a democracy surrounded by islands of terrorism – reflects a total loss of way. The boycott does not work and will not work, and we will fight it with full force.”

The Israeli-Palestinian conflict is a very complex and sensitive situation. As a global company, Unilever’s brands are available in more than 190 countries and in all of them, our priority is to serve consumers with essential products that contribute to their health, wellbeing and enjoyment.

We remain fully committed to our presence in Israel, where we have invested in our people, brands and business for several decades.

Ben & Jerry’s was acquired by Unilever in 2000. As part of the acquisition agreement, we have always recognised the right of the brand and its independent Board to take decisions about its social mission. We also welcome the fact that Ben & Jerry’s will stay in Israel.

As John Hinderacker notes on Power Line Blog, Ben & Jerry’s took a stand on the wrong side:

In today’s world, anti-Semitism usually manifests itself as a unique and obsessive concern with the real or imagined–usually imagined–misdeeds of Israel, while ignoring indisputably more significant failings on the part of other states. In my book, Ben & Jerry’s is guilty of anti-Semitism.

Ben & Jerry’s denounces America as systematically racist. They have never given so much as an ice cream social for the young Black lives lost to urban violence. They now traffic in the colonialist Israel smear, while providing cover for the Palestinian Authority thugs and Hamas terrorists dominating the Palestinian people. I guess real oppression of Palestinian Arabs, and the real, abiding criminal violence threat to Black lives in American cities, are issues Ben & Jerry’s don’t care about.