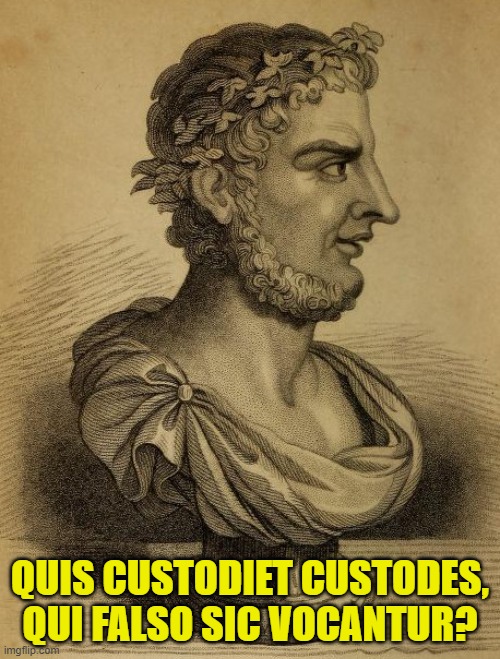 Unfortunately, this work is desperately needed both on the election illegality question and on much else. Let’s look at two 2020 election fact-checks the fact-checkers apparently got right and at two they seriously botched.

The Fact-Checkers Got Some Things Right

In Wisconsin, a whistleblower claimed that “he was told by two postal workers on two separate occasions that the USPS in Wisconsin was gathering over 100,000 ballots on the morning of Nov. 4 to be backdated so that they would be counted even if they arrived after the statutory deadline.” (See this Epoch Times article.)

USA Today claimed in December 2020 that these ballots would not have been counted anyway: “the Wisconsin deadline is based on when ballots are received, not postmarked.” USA Today reported later that the US Postal Service had looked into it.  They did indeed, in a report no longer located at its former URL, and apparently they didn’t find anything to substantiate the whistleblower’s claims.

Unless I hear something else about this, I think it’s probably nothing. (But it is difficult in these times to be certain about anything.  The broken link was on the Wisconsin Elections Commission website, and they have taught me not to trust them.)

Ok, let’s look at something else.

A poll watcher in Philadelphia, Pennsylvania, who said he was a Democrat, claimed: “They will not allow us within thirty to a hundred feet to supervise the ballots being counted.” (Source.)

This source cites an eyewitness and a local official (who presumably talked to eyewitnesses) saying that the guy was booted out for “breaking rules that prohibited filming.”  Things are not especially clear in this fact-check, which does not address the man’s specific claim about what they did, instead talking about him and about how he was removed from the premises (not kept 30-100 feet away) for filming (not just for supervising).

However, it seems to me likely enough that their description is more or less accurate, that the guy was not describing things precisely himself, and that the other two just didn’t think to respond directly to his exact words.  In fact, the fact-checkers did their job pretty well just by going to people with relevant information and finding out what they said.

I am in awe of the incompetence of some election fact-checking.

One of Stenstrom’s claims was fact-checked, with dubious results.  FactCheck.org misrepresented his claims, refuted the misrepresentation, and called it a day.

In more detail: Stenstrom said he saw someone bring in flash disks with apparently about 50,000 votes on them.  They were brought in late, with no chain of custody, and then disappeared in like manner.  Someone told him that the manager of the warehouse housing where the voting machines are stored was bringing them.  FactCheck.org misrepresented Stenstrom on three counts, borrowing from a county official named Marofsky:

Meanwhile, FactCheck.org managed to verify that the flash disks in question really had come from where Stenstrom was told they had come from!  And it does not address the chain of custody issues on the way out or on the way in!  The nearest it comes to giving us anything useful on Stenstrom is in explaining that the paper records are available for checking, as well as the vote-counting machine hard drives.

So, basically, our fact-checkers are telling us that Pennsylvania votes come in late from the voting machines, without a clean chain of custody–whole flash disks full of them–and that somehow that’s ok.  And we could in theory check the paper and electronic records to make sure those votes are all clean, and even though there’s no hint that we’ve ever tried to check the records, everything’s still ok just because we could.

And that‘s not even the best part!  The best part is that Stenstrom says he saw another 60,000 to 70,000 votes that were never counted–votes just sitting there, when the counting was all finished!  He saw this in the company of a Democrat poll observer, “a forensic pathologist, a very detailed, very dedicated man.”

Now that‘s something worth fact-checking! And this is literally the job of a journalist: Find that guy, and get his story!

Has any journalist bothered to do this work? Why not?

Ok, let’s move over to Nevada for a moment.

One Jesse Kamzol said that about 19,000 people illegally cast ballots in Nevada from out of state. The claim (from Kamzol, publicized by one Jesse Binnall) is: “More than 19,000 people voted even though they did not live in Nevada; to be clear, this does not include military voters or students.”

A USA Today fact-check says: There is no evidence that people voted in Nevada who also voted in other states.  This is plainly another straw-man fallacy: Kamzol didn’t say that; they misrepresented his claim, refuted the misrepresentation, and ignored his actual claim.

So the best the fact-checkers could (or would) say against these claims is . . . a simple logical fallacy.  Not good.

And What Do We Make of This?

First, the same thing I’ve been saying since early November 2020:

Discernment for all claims of election shenanigan. “Prove all things; hold fast that which is good.”  Not every election-cheating claim pans out. Some do.

Second, the opposite of what I thought in early November 2020, but which I have now been saying for some time:

Although I hesitate to endorse just any sweeping claim about election cheating in 2020, the proposition that votes illegally cast or counted in traditional (non-electronic) means rivaled and, in some cases, exceeded the Biden margin of victory is still a very live proposition.  A number of claims about such votes have survived some fact-checking, and some of the major claims in Georgia, Wisconsin, and Pennsylvania have even been verified.

(I have voluminous and confusing notes on electronic election cheating allegations.  I need to reorganize them.  Stay tuned.  If you’re impatient, learn where to start by doing a CTR-F right now for the word “Chesterton.”  Then click, read, and think.)

And, third, I can offer this description of how things appear:

It seems like the fact-checkers have a narrative that runs, more or less, “All claims of substantial election 2020 illegalities are bad.”  That works out fine sometimes, and the fact-checkers do us a useful service in helping us see why some claims actually are bad.

But a fact-checker also needs to make sure his narrative fits the facts; if you’re fact-checking by narrative and your narrative isn’t quite right, you’re going to get some of your fact-checks terribly wrong.  I fear this is happening now.

And Where Can We Learn More?

Since the week of the 2020 election, I’ve been trying to keep track of different allegations of election illegality and, as much as possible, make sense of them.  That means categorizing them, noting objections to them, and evaluating both claims and objections when I can.  First up is the core, but it’s big and unwieldy.

And then there’s the right frame of mind for thinking through the electronic allegations (but not a word about 2020 as such):

And then there’s a string of more readable intros to some of the specifics.

And then two bonus analyses:

And on we go!  I think we’re just getting started.