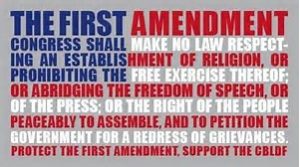 I remember as a little kid, Walter Cronkite signing off his news with that sentiment, “And that’s the way it is.” My folks got their news from the evening editions on television, the morning newspaper, and radio. I was more interested in my friends, outdoor games, catching fireflies, and cookouts. Walter probably reported on maybe the Vietnam war, economic news, crime, and so forth. Life went on, we gathered together for dinner, and when the street lights came on, I knew I better get home to eat.

So we watched the “evening news” yet again tonight and it’s the same every single night.  Let’s explore the latest:

The Delta Variant, a spin-off of Covid, is the headline, with special emphasis on the states that seem to be “lagging behind” on vaccines. They cite Florida as an example. I check the COVID cases daily, as I have from last late spring, and they are at zero with no new deaths. The total deaths for our county is 89. There seems to be a spike in new cases about every seven days. We are a tourist area, so this is not surprising, especially around a holiday. What I don’t understand is, the states that showed the most cases initially, are still showing the greatest rise in this new variant – New York, California, etc. The push to vaccinate was heavy in the larger cities, so how did this happen?  The rise in Delta cases is also heavy in Israel – so several states and countries are having to impose indoor masks and travel restrictions once again. What’s going on?

Next story, linking to story number one is the accelerated number of breakthrough cases of COVID, people who have been fully vaccinated. They are contracting COVID and/or the new variant. What is going on? Now the CDC director is looking like a lab rat, her expression wide-eyed, scared, and pale, and stating she is “very concerned.” I thought we went over the hump and “flattened the curve.” The message is the “unvaccinated” are the ones spreading this new variant, or COVID in general, and are at fault. Why do I have a feeling that the “door to door” tracking and COVID “passports” are another control measure to eliminate the freedom of not only to choose the vaccine or not, but movement, travel, employment, military service, social events, and cultural functions? This is not only weird but sinister.

Next story, a nutcase with bleached hair, carrying some sort of “Trump” support card, threatened a DNC headquarters in CA. There are nutcases everywhere, but you only hear about the ones that they want to link to Trump. Let’s keep the Jan. 6th date alive in people’s memories, and any association with the last president, conservatism, the American flag, the Founders, the Constitution, and anything associated with “America’ as flawed, and even further … dangerous. A bleached-haired nutcase carrying even a library card, threatening to blow up anything, is of concern. There is no shortage of nutcases on either side of the aisle, but it is a major headline.

Next story, the raging floods in Western Europe, the extreme heatwaves blanketing the west coast, and violent weather hitting the East Coast is a result of climate change? It’s possible, but quite frankly, I think God is just pissed. These liberals on the East and West Coasts and Europe don’t give Him the time of day. God is passe – old school. They think His Creation is flawed and needs to be fixed. If you are born a woman, He goofed, and you should be a man. You may want to change your gender like you change your shirt, and add multi-sir names to your identification. If you want to identify as a tree, feminine in nature, a she tree, the schools better honor your wishes and give you a separate bathroom or else. I am in no way belittling or minimizing the suffering that is going on in these areas due to weather. I don’t wish to see anyone suffer, nor do I think God does either. Yet the Bible is full of examples of what happens when you turn your back. That’s just an opinion, and I’m allowed to give an opinion because Ricochet doesn’t censor, unlike Facebook or Twitter.

Every evening news segment ends with the story or accomplishment of a person of color. This has been going on for some time. The national narrative that somehow America is racist, the white culture is bad, even evil, that there is no redemption, no wrongs have been made right in America’s 245-year history, and so we have to make every commercial, magazine cover, documentary, new national anthem, and school curriculum about shaming America and Americans, which is in itself shameful. I know (I’ve lived in America all my life) that Americans of all races and ethnicities are mostly good and decent people who love this country, their neighbor, who want to just live their lives in peace. We are free, or so we thought. We look at Cuba, and around the world and we know we have the best thing going!

This narrative is hateful and not the average person’s sentiment. We all know it. So who is driving this theme and why? I know that probably every Cuban wishes he had a toe on our shore. Let’s stay united in what is rooted in history – the good that our Founders knew we would need for a time such as this, and not let those who want to spread division and fear win. The “news” used to report world events that supported the strength of America, and showed the alternative – Socialism, Fascism, Communism, Totalitarianism – the very regimes that people fled from. To where? America.

And that’s the way it is.