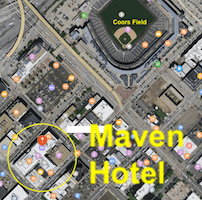 We are thankful for the swift, and very diligent, and professional manner in which [the Denver police] responded on Friday as well. . . . Without disrupting the festivities . . . the police moved in and abated a pretty serious situation.

This is an active investigation.

Because a hotel maid at a swanky downtown hotel, one block from Coors Field, saw something and said something immediately, we possibly are not reading about another horrible event like the mass murder of a Las Vegas concert crowd.

Sources said police removed 16 long guns, body armor and more than 1,000 rounds of ammunition from the room which featured a balcony overlooking the downtown area. The sources said they feared the number of weapons, ammo, vantage point and large crowds could have resulted in a “Las Vegas-style shooting.”

Based on the information provided by the hotel employee, police executed a search warrant and found the guns, ammo, body armor and a man inside the room on the eighth floor.

One of the suspects arrested Friday night had posted a message on Facebook referencing a recent divorce and saying he was going to “go out in a big way,” according to the multiple law enforcement sources.

The annual Major League Baseball All-Star game had been moved by the woke MLB, out of leftist hatred for moderate election integrity laws in Georgia. The almost all-White MLB executives* took major money away from a majority Black city and gave it to a majority White city, where Blacks are underrepresented.**  The suits had to be thankful All Star weekend that Denver at least has a Black mayor, like Atlanta.

The Denver mayor said all the right things and seems a competent city leader. Denver Police Chief Paul Pazen gave a brief, professional update. He revealed they obtained two search warrants for two rooms. The four arrests were mostly for felons in possession of firearms. He reemphasized the local, state, and federal authorities had a well-developed plan for preventing or responding to threats during major events.

The Director of Safety praised the Denver Police Department for working with the public.

We prepare for these type of incidents. . . . You have the best of the best in the police department in Denver City and County.

Notice that the city officials refused to comment on motives and did not address the alleged Facebook post. As one reporter noted, it seemed a very strange hotel location for a drugs-for-guns deal. That reporter got a careful non-answer. The police chief confirmed both weapons and narcotics were seized, but would not confirm or deny any possible motive. He emphasized “we are not aware of any ongoing threat.” He also would not say just what the staff saw. Whoever talked about a Facebook post, it was not the Denver leadership.

For a bit of context, here is the Maven Hotel’s description of itself:

Located in the heart of the Dairy Block in LoDo, we embrace a connection with our unique micro-district. Our lobby eliminates traditional boundaries by creating a connection between our Dairy Block hotel and our activated Alley just outside.

An inviting space for guests and locals alike, we celebrate craft and creativity and delight in both our past and present. We invite you to experience a uniquely crafted stay with us, as our mavens look after your every need while you enjoy large, loft-style accommodations, excellent on-site dining, exceptional retail destinations, local attractions and a community of discovery.

Conte Nast Traveler wrote of the Maven as one of the 16 best Denver hotels, with a 2020 readers’ choice award.

At the Maven Hotel, you get a lot for your money: an ideal location downtown, fun social spaces, and access to one of Denver’s hip food markets. The community spaces are the draw at this boutique hotel in LoDo, but rooms also feature pour-over coffee and facilities that are ideal for traveling families. Plus, with the Denver Milk Market nearby, you’re never lacking for food options. The 172 rooms are modeled off of edgy New York lofts, and the millennial vibe continues with woven swinging chairs when you step off the elevator. Guest rooms have floor-to-ceiling windows, colorful abstract art, and steel-accented furniture. Guest bathrooms are large and dramatic, clad in black and white tile and large mirrors. Families should book the Journeyman bunkbed room, which features a bottom king bed and a twin bed placed perpendicularly above.

That does not sound like your typical drug dealer or gun runner meeting place. The situation is odd, puzzling. We know who was arrested by Denver police:

Three men and one woman — Richard Platt, 42, Gabriel Rodriguez, 48, Ricardo Rodriguez, 44, and Kanoelehua Serikawa, 43 — were taken into custody during an execution of a search warrant after a housekeeper discovered more than a dozen weapons and more than 1,000 rounds of ammunition inside one of two rooms on the eighth floor of the hotel.

What nationality were they? “A mix of cultures.” Were Gabriel and Ricardo Rodriguez related? Apparently not. So, we have no motive confirmed or denied on the record. We have an alert hotel staff, that had reportedly been internally trained with the thought of upcoming events and possible trouble. We have a competent police department that very quickly, legally, and quietly got to the rooms with warrants and executed the warrants without a commotion, let alone shots fired.

The fitting concluding words, by Chief Pazen: “We want to encourage folks that if they see something, to say something, and together we can all be safe.” 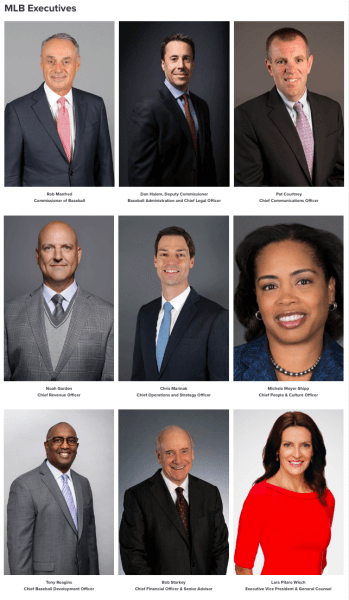 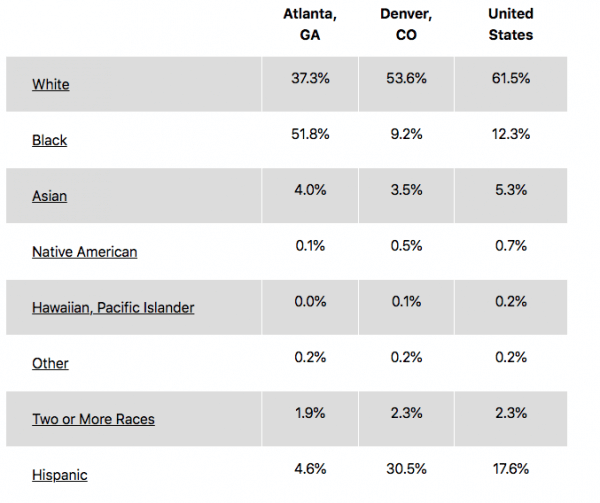